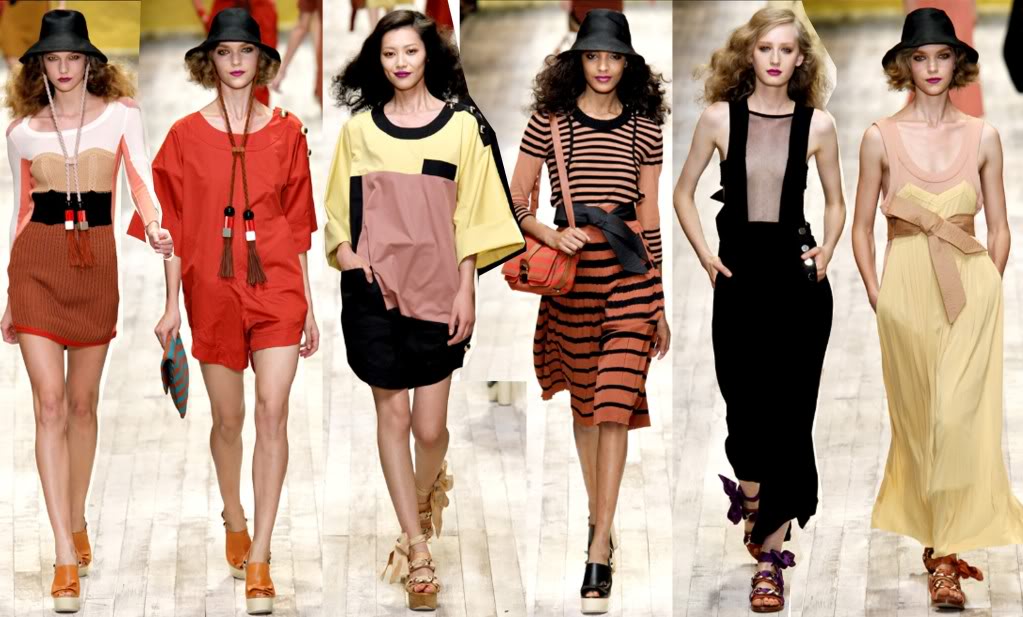 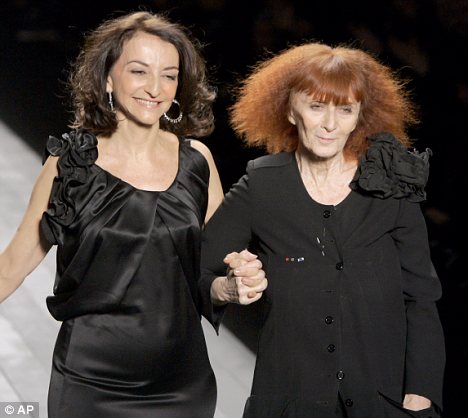 She’s been crowned the “Queen of Knits”, ”Fashion Philosopher and Psychologist” and “Coco Rykiel” for her quirky, deconstructed garb that upended Left Bank chic, but it all began when Parisian Rykiel starting sewing stylish maternitywear for her pregnant self in the early sixties.

Aside from window-dressing her father’s shops in her teens, Rykiel had no formal training. But she soon began designing knitwear with resources from her retailer husband’s business, creating the iconic, shrunken “poor boy” sweater.

By 1968, Rykiel opened her own boutique on the Left Bank, from which she hawked her covetable knits. From there, she proceeded to invert seams, de-line looks, and add other non-precious, fun effects to her clothes, winning her a following among the fashion-forward—and the literati (she penned an erotic romance novel about a man, a woman, and a sweater). In 1996, the French government showed its appreciation by awarding her the Legion d’Honneur. Today, her label encompasses lingerie, accessories, children’s clothing, menswear, and beauty, and is still a family-owned business—her daughter Nathalie (who spent more than a decade as creative director) is president and artistic director. In 2008, Gabrielle Greiss—Sonia’s longtime chief assistant—was promoted to creative director of women’s ready-to-wear.

What is unique about Sonia Rykiel is that she is the first stylist to introduce the knitwear into the high fashion, which earned her the nickname “Queen of sweaters”.

Sonia has always been stated that the most needed element in a woman’s wardrobe is the mirror. A women who wants to have a flawless appearance needs to look at herself critically; she needs to know which are her best shapes and how to highlight them. The figure is more important than fashion, clothes must be selected by the shape of the body and the highlights they can bring. 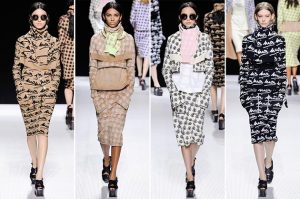 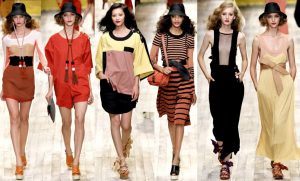 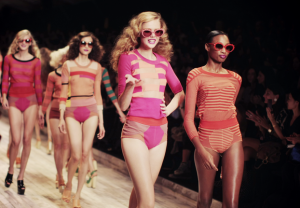 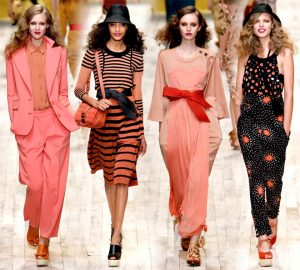 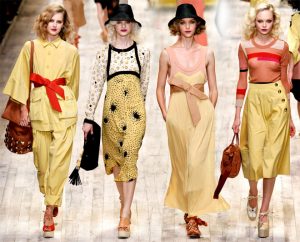 Just one dress does not make a women fashionable. She needs to look at the shop windows, street fashion, magazines, cultural events and be in tune with the time she lives in.

In the recent decades Sonia Rykiel demonstrated her incredible skills in creating original, fresh and different fashion. Her fashion represents the motives and values of modern women and is able to respond to their needs for more emancipation, independence and freedom.

Another beloved element in Rykiel’s collections are geometric patterns, mainly colored stripes and squares. They are fresh combinations of bright colors like pink, green, purple and orange.