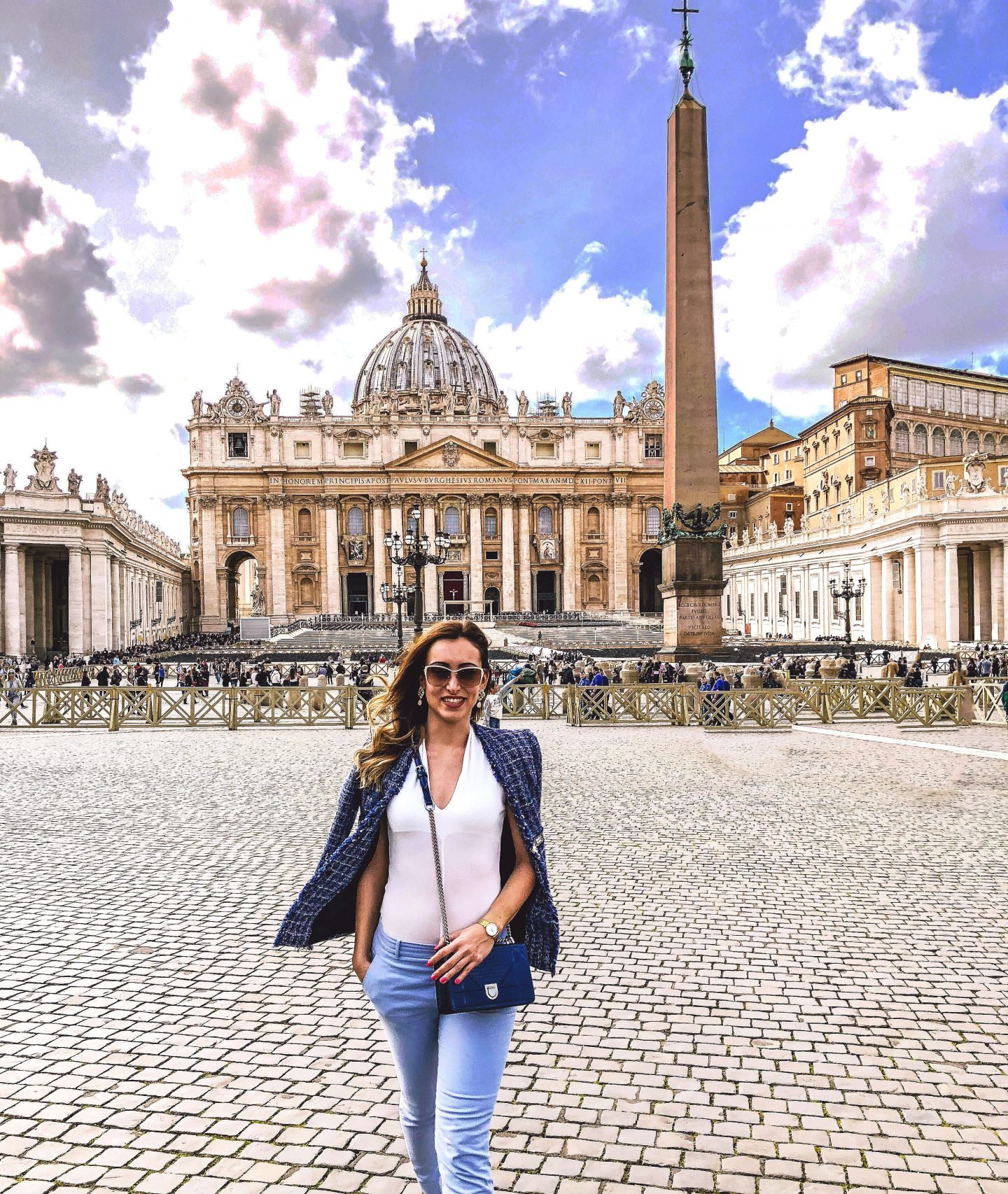 Last week I did a quick trip to Italy. I visited Rome and Florence over Easter, which was fantastic. Rome is one of my favorite destinations in Europe and there are many reasons why!

Rome is a an extraordinary mixture of haunting ruins, inspiring art on every corner and vibrant street life, which makes it one of the most romantic and exciting cities in the world! With nearly 3,000 years of globally influential art, architecture and culture on display, Rome can easily astonish all its visitors.

There are many things to see in Rome, but if you are there for a short visit like mine here are the things that you MUST see:

The Vatican City, as you probably know, is an independent state ruled by the Pope, which is located within the city of Rome. With an area of 110 acres, and a population of nearly 1,000 people it is the smallest state in the world by both area and population. One of the most famous religious and cultural sites within the Vatican City are the St. Peter’s Basilica, the Sistine Chapel. The Vatican Museums are also incredible and a must visit place! With over 20,000 masterpieces on display you can easily spend there a whole day! My key tip for visiting the Vatican City is to book your tickets for the museums in advance and to book the skip the line ticket! It is only a few euros more expensive than the regular ticket if booked in advance, but without it you will end up queuing for at least 3 hours on a normal day. 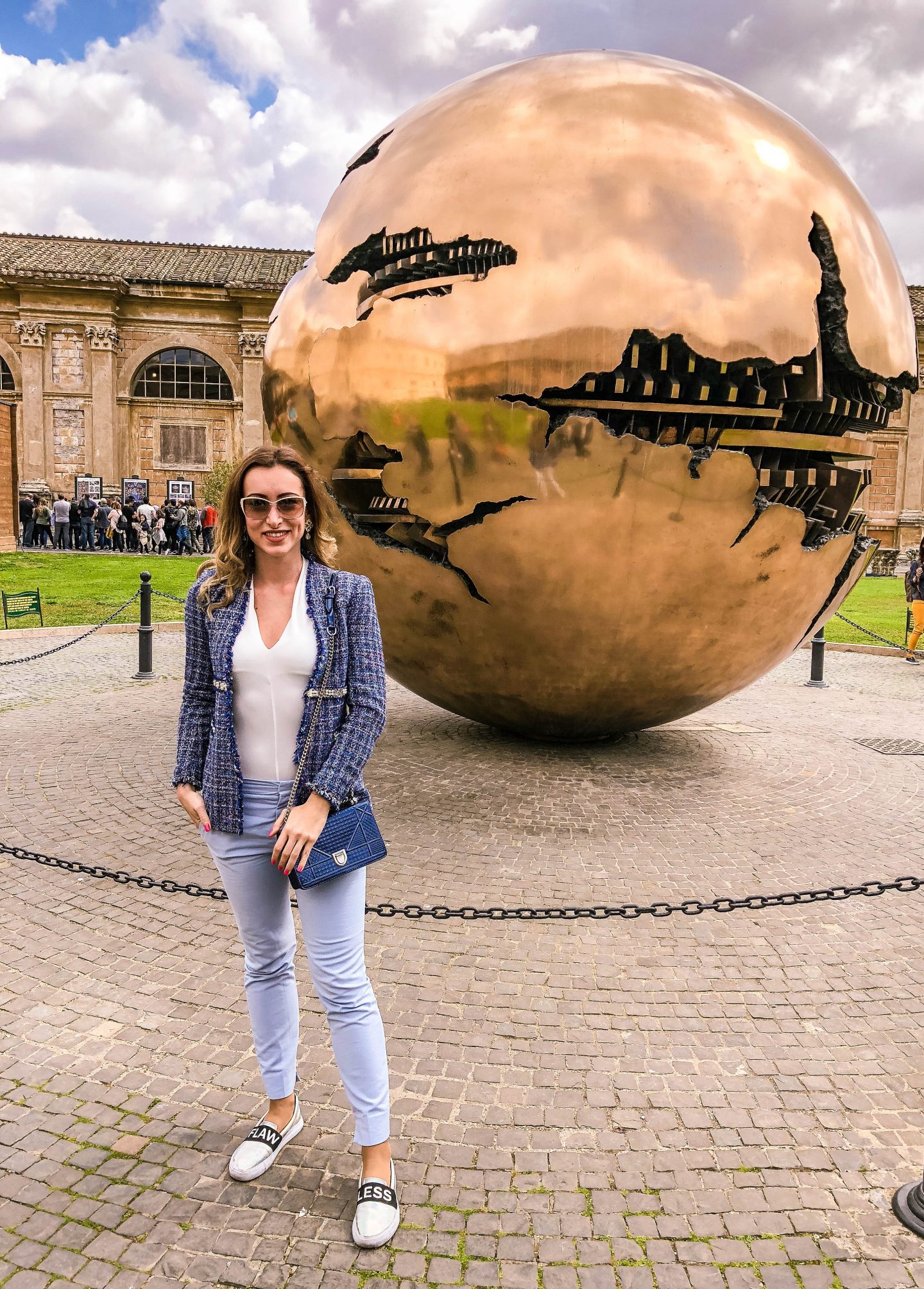 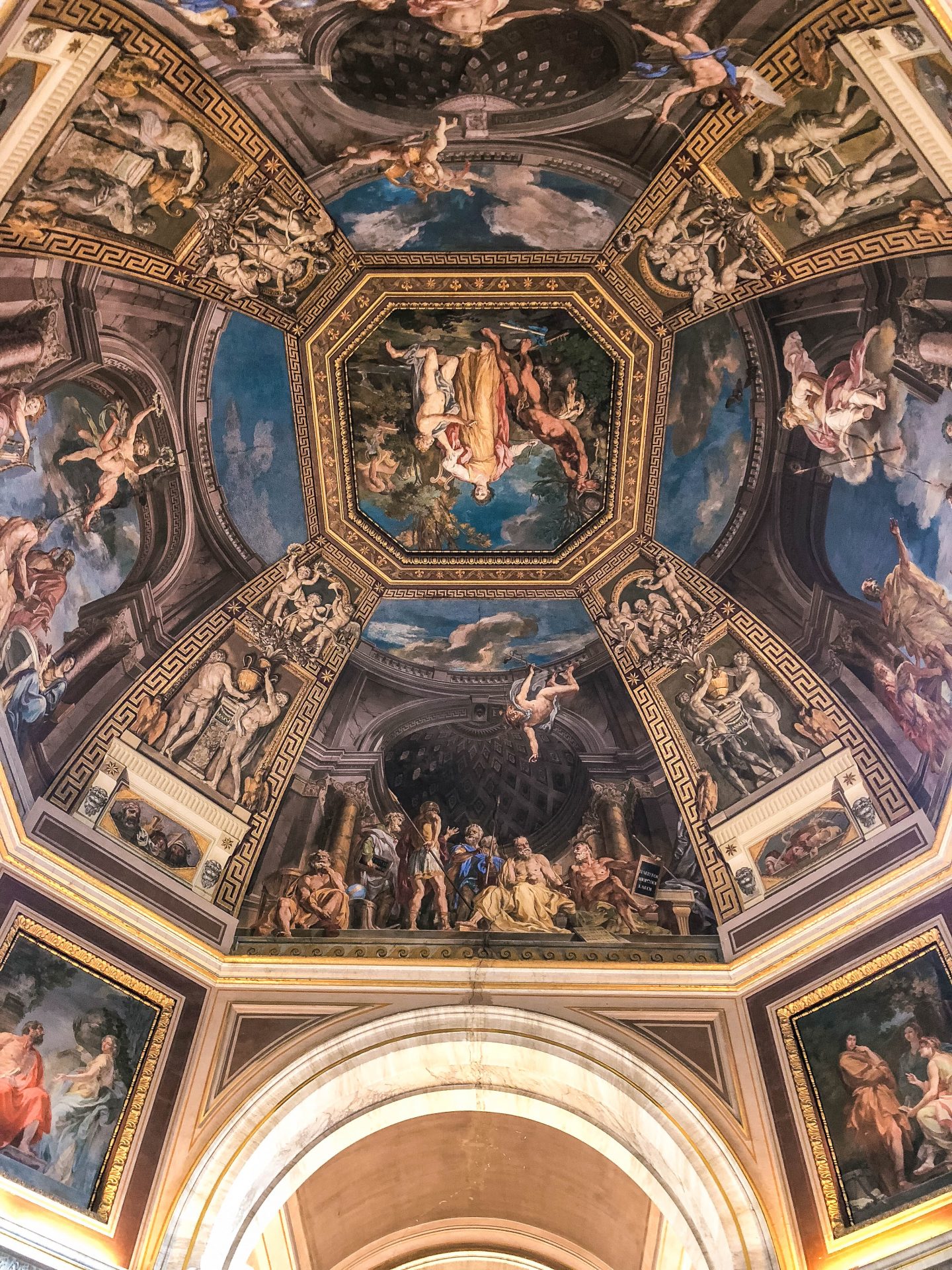 This fountain is my absolute favorite thing in the whole of Rome! It is stunning and its situation is totally unexpected. Situated on the back of a building on a small square in the centre of Rome, you will be surprised how magnificent it is. In fact, it is the largest Baroque fountain in the city and one of the most famous fountains in the world.

There is no doubt that one of the most magnificent sites to visit in Rome is the Colosseum and the surrounding remaining of the ancient Rome. Built in AD 80, it is it is the largest amphitheater ever built. Once standing in front of it, you will really be astonished how such a perfect creation could have been build some many centuries before our ´modern era´. In fact, you even start to question if they were not more skilled back then, than we currently are. What also astonishes me is that this site remains almost untouched on the outsides after all the battles and wars it has outlived.

The Roman Forum is also a must see place in Rome, situated right opposite the Colosseum. It is a plaza surrounded by the ruins of several important ancient government buildings at the center of the city of Rome. An interesting thing I saw was a virtual tour offered around the Colosseum and the Forum, which takes you to the time when they were built so that you can experience the lifestyle around the place back then!

Just as in the case of the Vatican Museum, I would recommend you to get the tickets for both in advance. That will certainly save you a lot of queuing time. 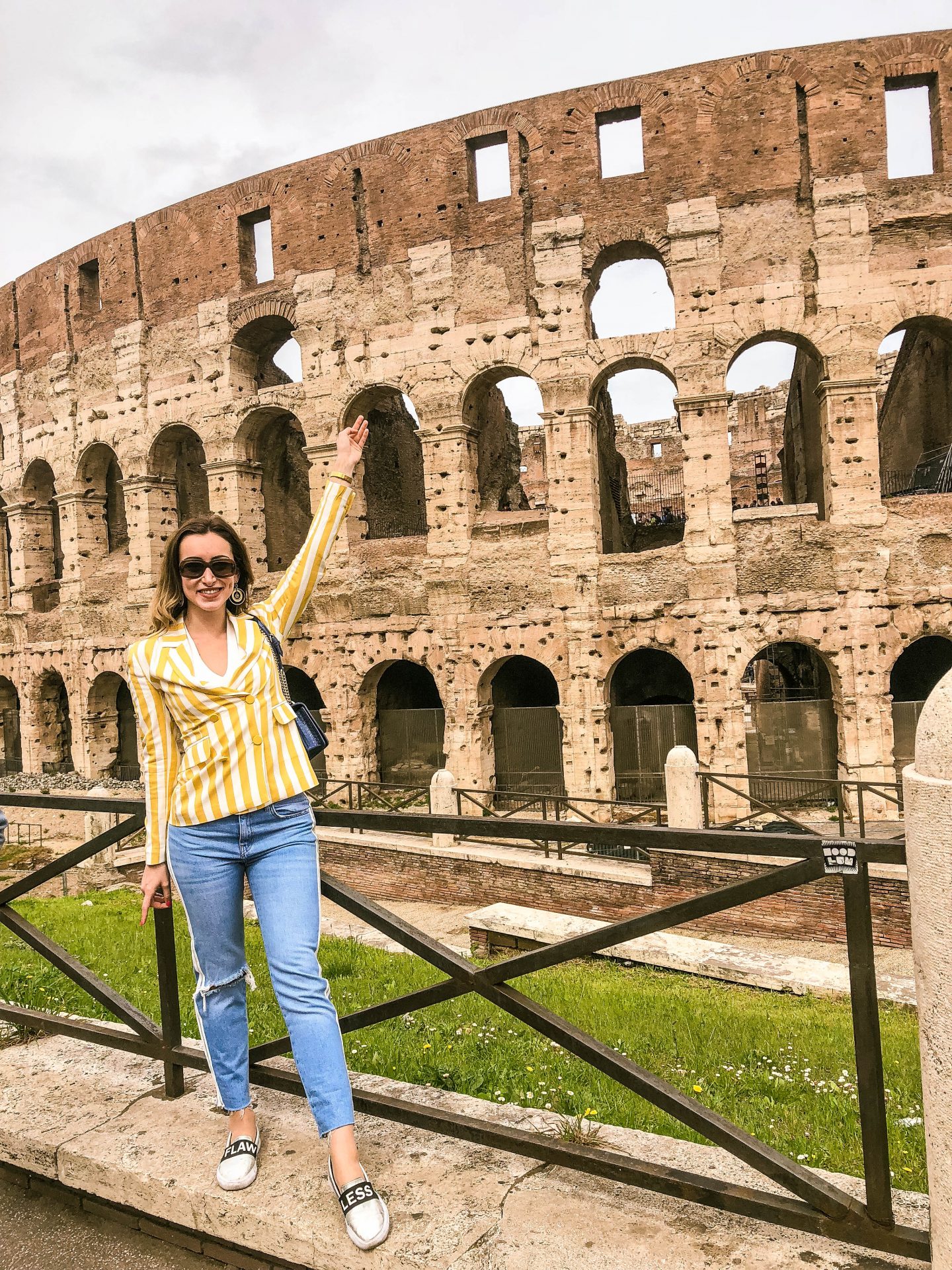 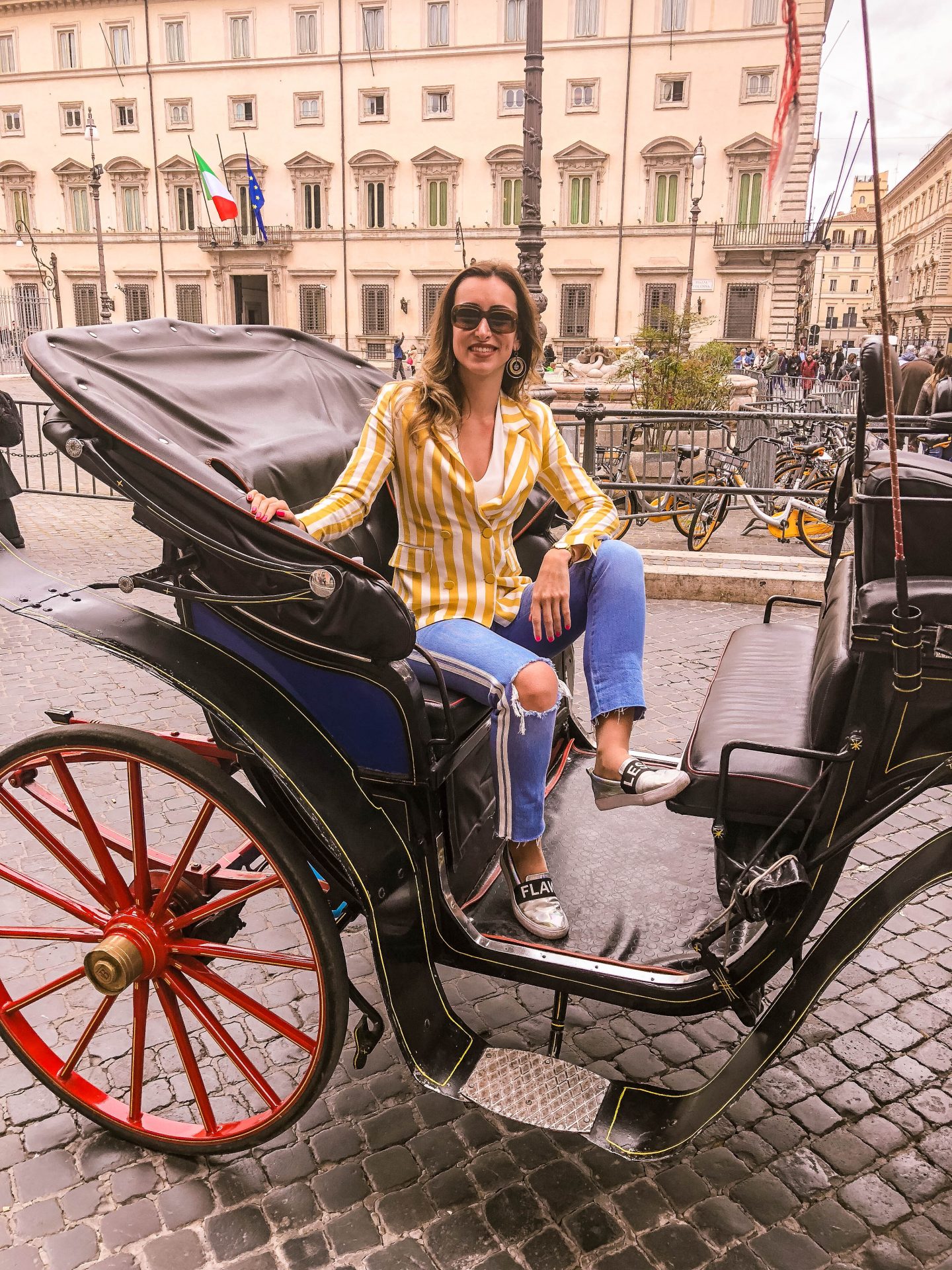 These four sites are truly beautiful places, not too far from each other (walking distance), which I would recommend you to visit if you have enough time. If you are keen on shopping, the main shopping street is 2 min walking from the Spanish steps, so it is the perfect opportunity to combine shopping with sightseeing. 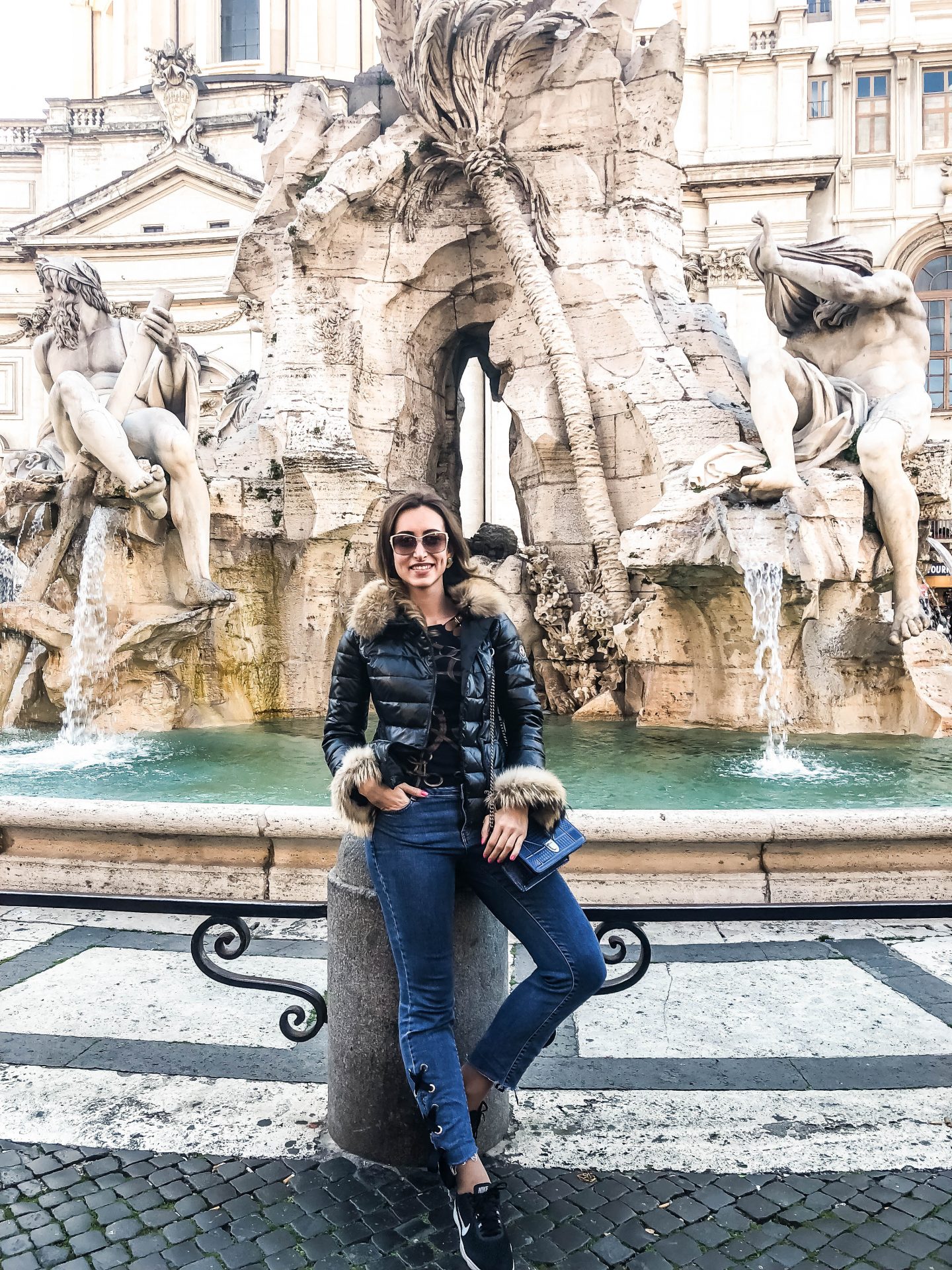 Food: There is no point to mention how amazing the food there is! I am a huge pasta/pizza fan, I can practically live on only on this! There are lots of places that are nice around the city, but I would really recommend you to check what is near you on trip advisor. The reason for this is that Rome is a huge tourist spot, which makes it full of touristic restaurants owned by non-Italians, who often have no idea what a real Italian food means! As long as you keep this in mind you won´t be dissapointed.

Also, it is very important to try the ice-cream when in Italy! It is absolutely amazing and again there are lots of places thoughout the city.

Florence is not too far from Rome and the best way to get there is to take the AV train from Rome Termini, which will take you to Florence in 1:30h. If you book your tickets in advance (at least 2 days) you can get them for around 50 euros return. As Florence is so close, I went there for one day, which is perfectly enough to see the key sightseeing sites in the city and to have time to enjoy the good wine and food there. Of course, it will be ideal to spend a few days driving around Tuscany and its famous wine yards, but if you are short on time, as I was, one full day there is absolutely enough. However, if you are an arts lover and you want to explore everything that the city has to offer, you will need at least 2-3 days.

Some of the best things to see in the city are:

In my opinion, it is the most magnificent and unique cathedral I have ever seen. The Cattedrale di Santa Maria del Fiore is the main church of Florence, and it is designed in Gothic style. Its construction took nearly 150 years and once you see it you will understand why it took so long. Every inch of it is full of stunning decorations!

2. Palazzo Pitti and the Boboli Gardens

It is a Rennaisance royal palace, dating back to the 15th century. The palace was bought by the Medici family in 1549 and became the chief residence of the ruling families of the Grand Duchy of Tuscany. It grew as a great treasure house as later generations amassed paintings, plates, jewelry and luxurious possessions. Currently, it helds a few art exibitions.

Behind the palace are the famous Boboli Gardens. They have nice views over Florence and are extremely beautiful during the spring/summer season. 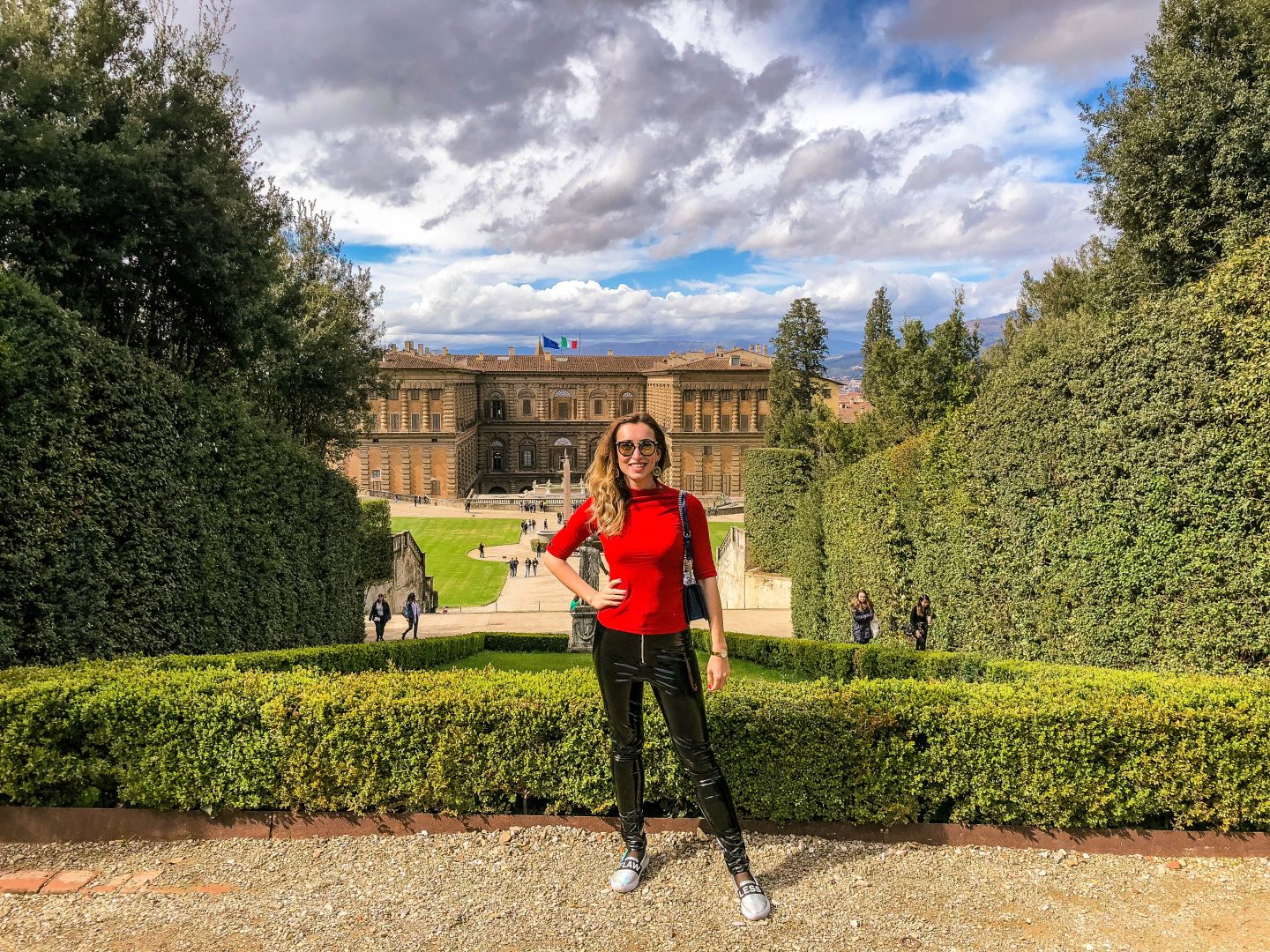 It is one of the most famous things to see in Florence – a medieval stone bridge, full of jewelry shops. You have certainly seen it on various famous photographies from Florence.

it is a palace built to represent the city’s importance, and which would be more secure and defensible in times of turbulence for the magistrates of the commune. One of the most famous inhabitants of this palace was the Medici family. The palace is situated right next to the Piazza della Signoria with its copy of the famous Michelangelo’s David statue.

Hope you have enjoyed this short summary of what are the best things to see in Rome and Florence over a short visit!