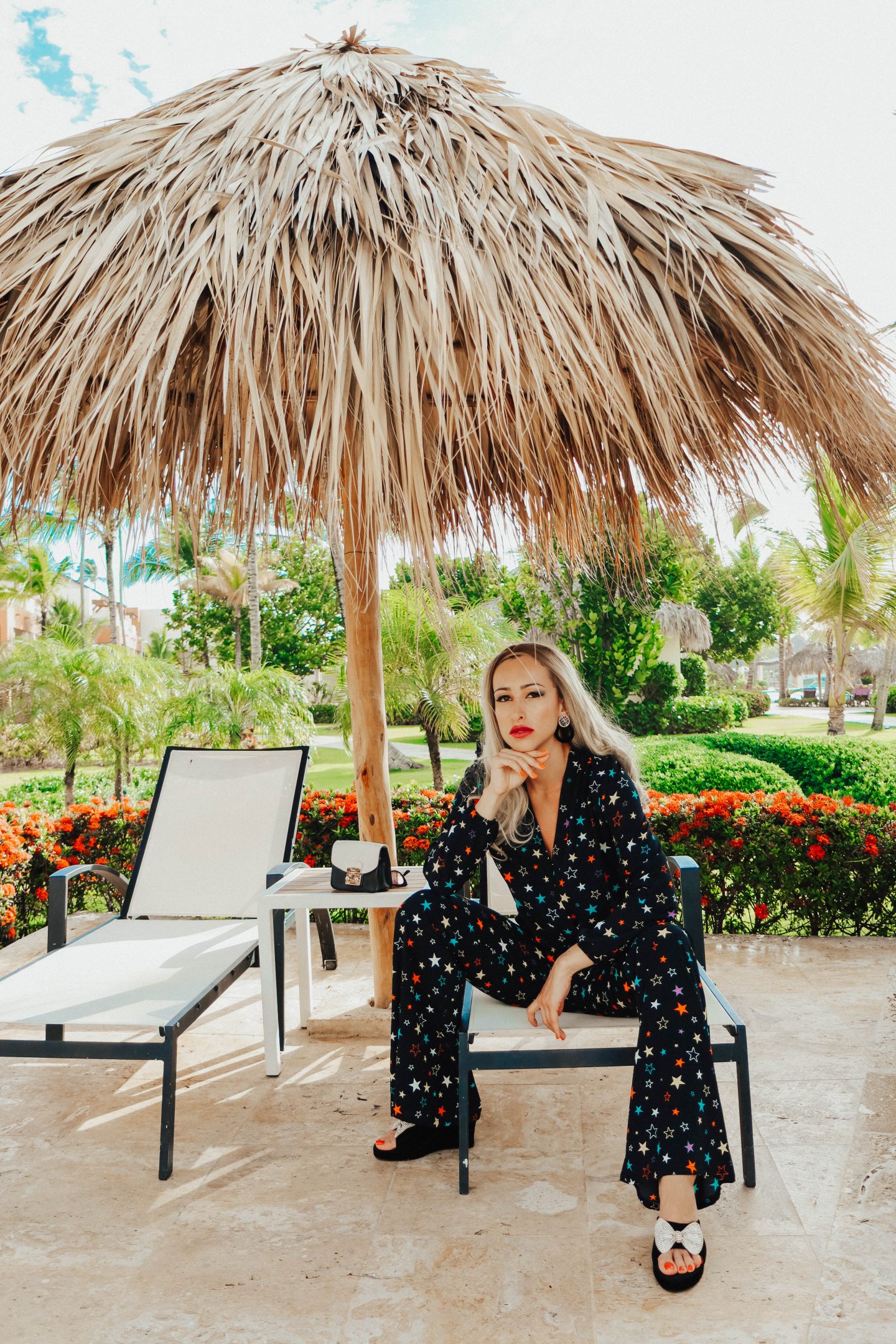 As I am sure you have seen from my instagram stories, I spend 2 weeks travelling to the Caribbean. My first stop was the Dominican Republic, and more specifically Punta Cana.

Punta Cana was high on my travel list, mainly as I am obsessed with good beaches and Latin music! Punta Cana is the best known touristic area in the Dominican Republic, and it has kilometers of white sand and crystal clear water! It is famous for its beaches, but also its balnearios which face both the Caribbean Sea and the Atlantic Ocean.

A little bit more about Dominicana

The island has been party French, partly Spanish for many centuries, and the Dominican Republic was established as an independent country in 1844. The Dominican Republic is the second-largest Caribbean nation by area (after Cuba) at 48,671 square kilometers, and third by population with approximately 10 million people, of which approximately three million live in the metropolitan area of Santo Domingo, the capital city.

Our first stop on the Island was the Breathless Punta Cana Resort & Spa. It is an all inclusive resort (as most resorts in Punta Cana), situated on the beach, that is well-known for its young crowd and party spirit!

We had an amazing apartment at the front line whit an incredible ocean view! The residential area where we stayed was the premium one and I loved it for many reasons:

Well, do not get me wrong, the other parts of the hotel are amazing as well! But in case you would like more privacy I would recommend you to go for the VIP access.

The hotel has an amazing garden, which I loved the most as it is extreme pretty and very relaxing. It also has two big pools, one is near the beach and the other one is close to the reception. It is the one where you have a pool party everyday. It rotates as one day is during the night and another during the day!

Each day there is a program at the resort, so you never get bored! I used to check it in the morning, so I know what is going on, so I can plan my day. The resort also has many restaurants with various cuisine! I would totally recommend you to visit the french restaurant!

Also, there is a shopping area in the hotel, so you can get some really nice souvenirs! Just outside of the hotel there is a local market, but I would not recommend you to shop there, as the prices of some of the souvenirs were higher than at the hotel and they get very upset if you go into the shop and do not buy anything.

We mainly went to the Breathless Resort & Spa to relax by the ocean, get tanned and enjoy the good atmosphere there, however, if you prefer more active holidays, there are many things you can do outside of the resort, as they offer various excursions!

One of the excursions we did with Amstar during our stay was a visit to Saona Island! For me, this is the best trip you can do while in Punta Cana, as the island is a little paradise!

It is a national park area and as such there are no inhabitats on the island. It is a place that you can visit for a day, spend a few hours on the beach there and enjoy the incredible nature!

The ocean water was the most clear water I have ever seen and while you can find many palm trees in Punta Cana, the ones that were in Saona were not comparable!

The way from the hotel to the port from where you take the catamaran to go to the island is about 1 hour and a half. Once on the catamaran, you have another hour and a bit travelling, but you are having drinks, dancing to reggaeton and getting tanned, so the time passes very quickly! We did the VIP tour, so you are together with around 10-15 people and it is a more relaxed tour as there are not that many people!

On the way to the island you also get to stop and swim with the star fishes! Even though a lot of them were removed from the area by the last hurricane a couple of years ago, you can still find some around! You can touch then, but the important thing is to never take them out of the water, as you can seriously harm them.

Once we got to the island we were welcomed by hundreds of butterflies flying over the coast! I have never seen anything that pretty! We also got lunch there, which was in one of the typical local houses, the roof of which is made out of the leaves of the palm trees! We had the most delicious seafood, as it was extremely fresh and tasty.

After lunch, we had time to enjoy the beautiful beach and relax! This trip was honestly the best thing we did in while in Punta Cana, so I highly recommend it to you if you visit Dominicana!

In my next blog post, I will share more about our stay Dominicana and the trip we did to the capital – Santo Domingo!