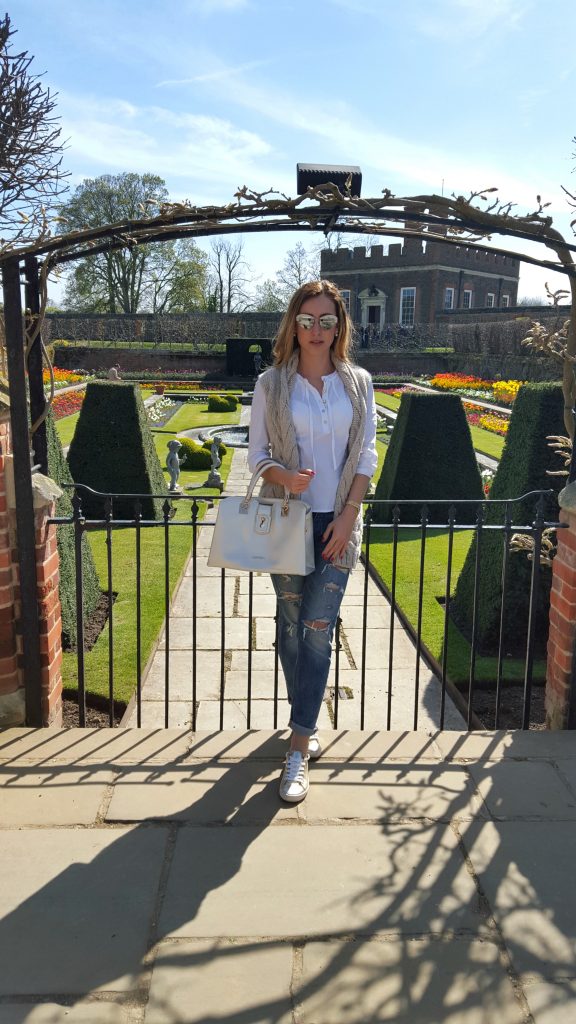 The first time I visited Hampton Court was when I was on a summer school in London, 9 years ago.. I was absolutely obsessed with The Tudors series back then, so I made my best friends travel 2 hours across London in order to see where Henry the VIII used to live. It was our first visit in London and we were 15, so I am not even sure how we managed to get to the Palace.. I remember we didn’t get off at the right station, so we walked through a park full of deers.. veeery scary (haha)!

As my mum was visiting last week, I thought it would be great to go see the Palace again! 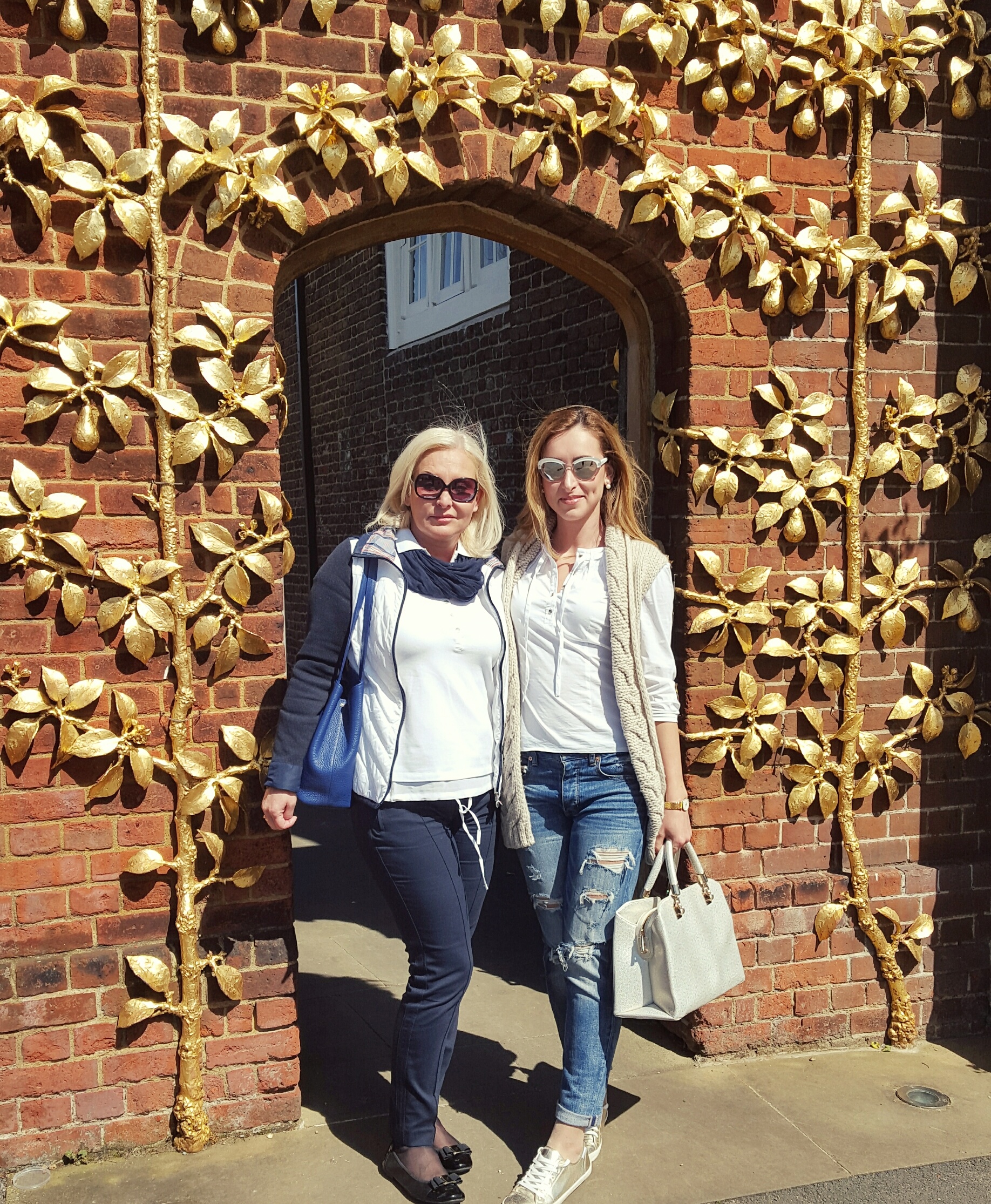 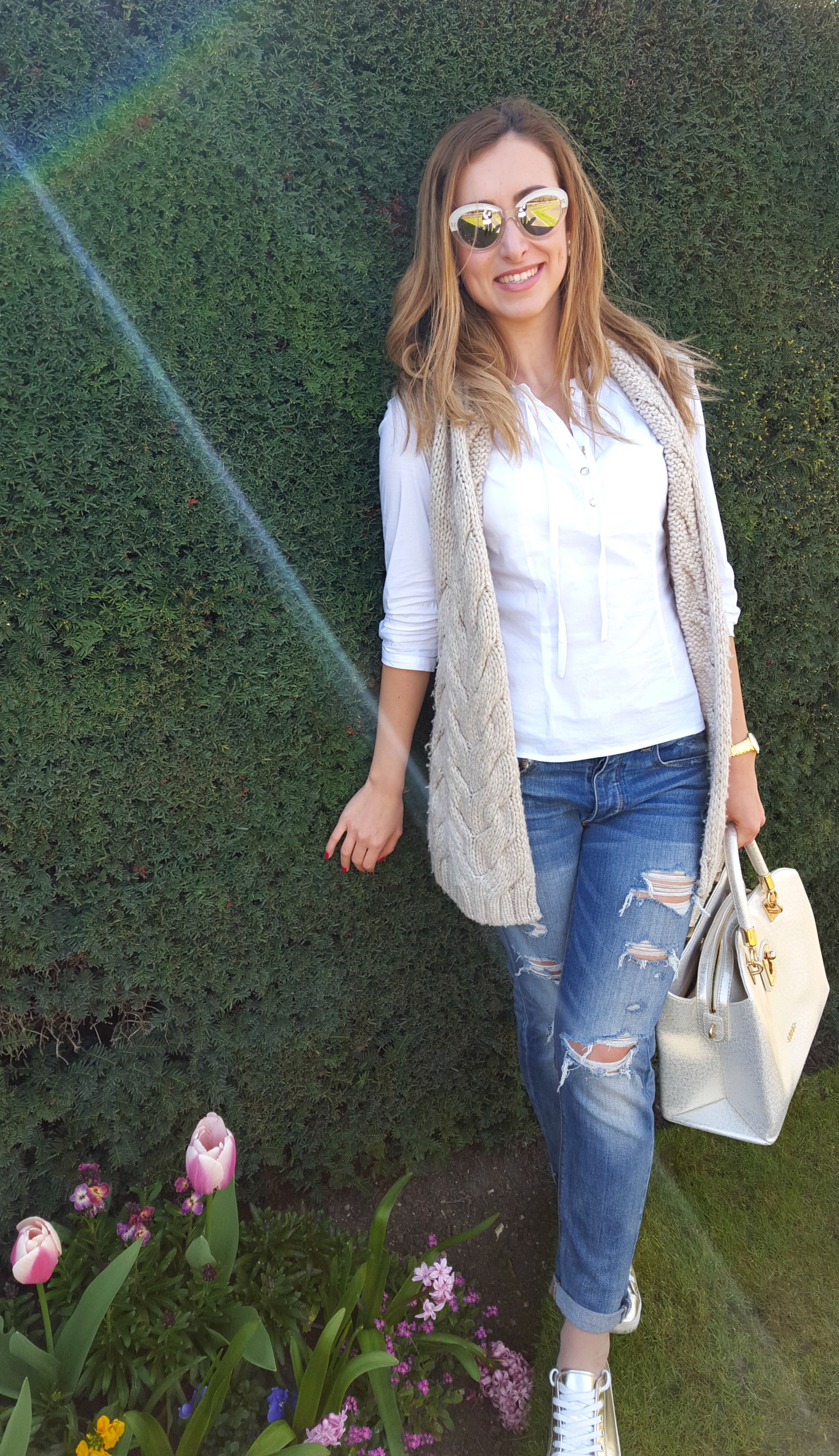 The Palace was originally property of the Order of St John of Jerusalem. However, Thomas Wolsey, Archbishop of York, Chief Minister and favourite of Henry VIII, took over the site of Hampton Court Palace in 1514. Redevelopment began to be carried out in 1515 for Cardinal Thomas Wolsey, a favourite of King Henry VIII. In 1529, as Wolsey fell from favour, the King seized the palace for himself and later enlarged it. Along with St. James’s Palace, it is one of only two surviving palaces out of the many owned by King Henry VIII. 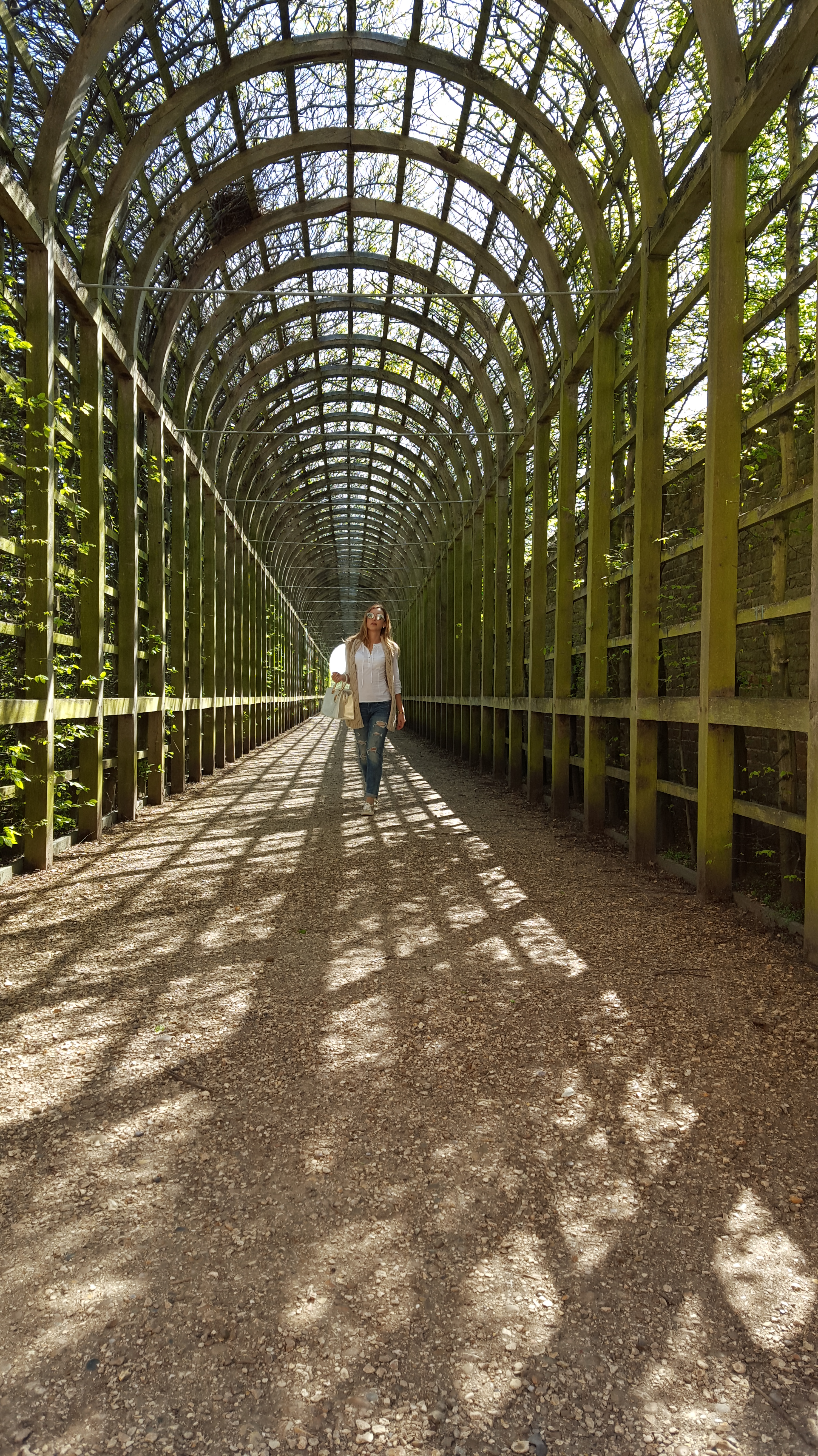 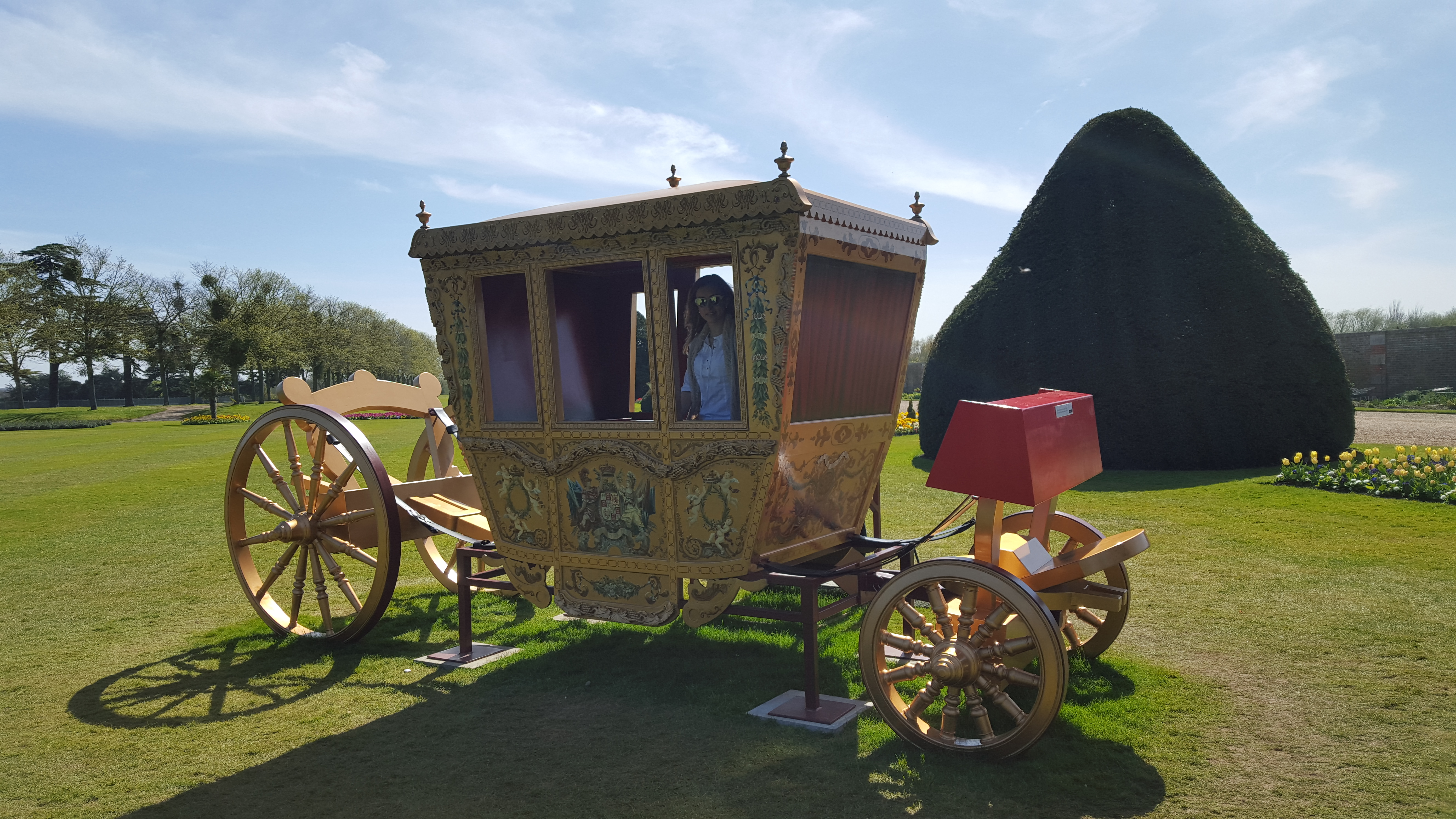 In the following century, King William III’s massive rebuilding and expansion project, which destroyed much of the Tudor palace, was intended to rival Versailles. Work ceased in 1694, leaving the palace in two distinct contrasting architectural styles, domestic Tudor and Baroque. While the palace’s styles are an accident of fate, a unity exists due to the use of pink bricks and a symmetrical, if vague, balancing of successive low wings. King George II was the last monarch to reside in the palace. Hampton Court has not been inhabited by the British Royal Family since the 18th century. 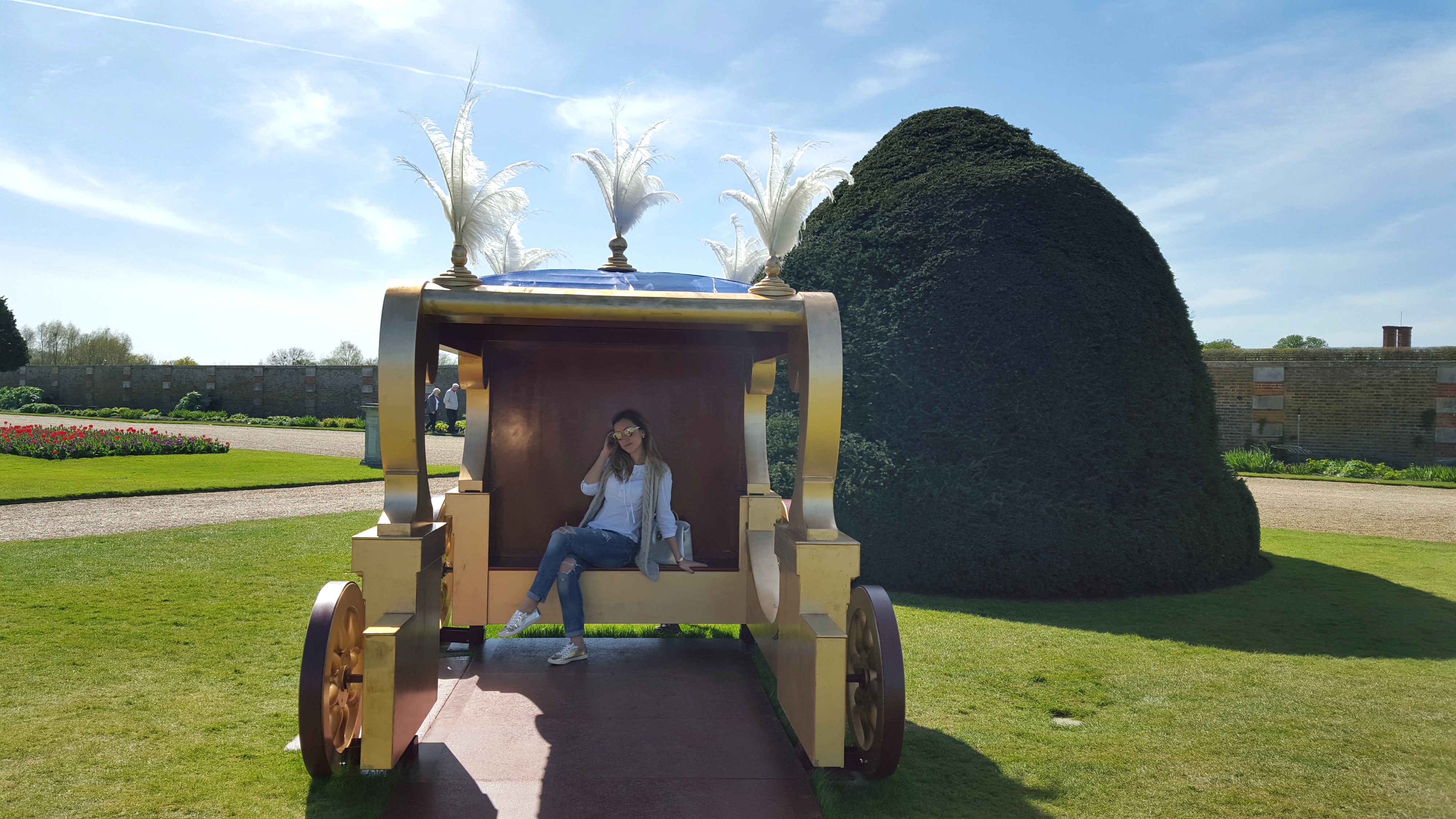 Today, the palace is open to the public and is a major tourist attraction. The structure and grounds are cared for by an independent charity, Historic Royal Palaces, which receives no funding from the Government or the Crown. In addition the palace continues to display a large number of works of art from the Royal Collection. 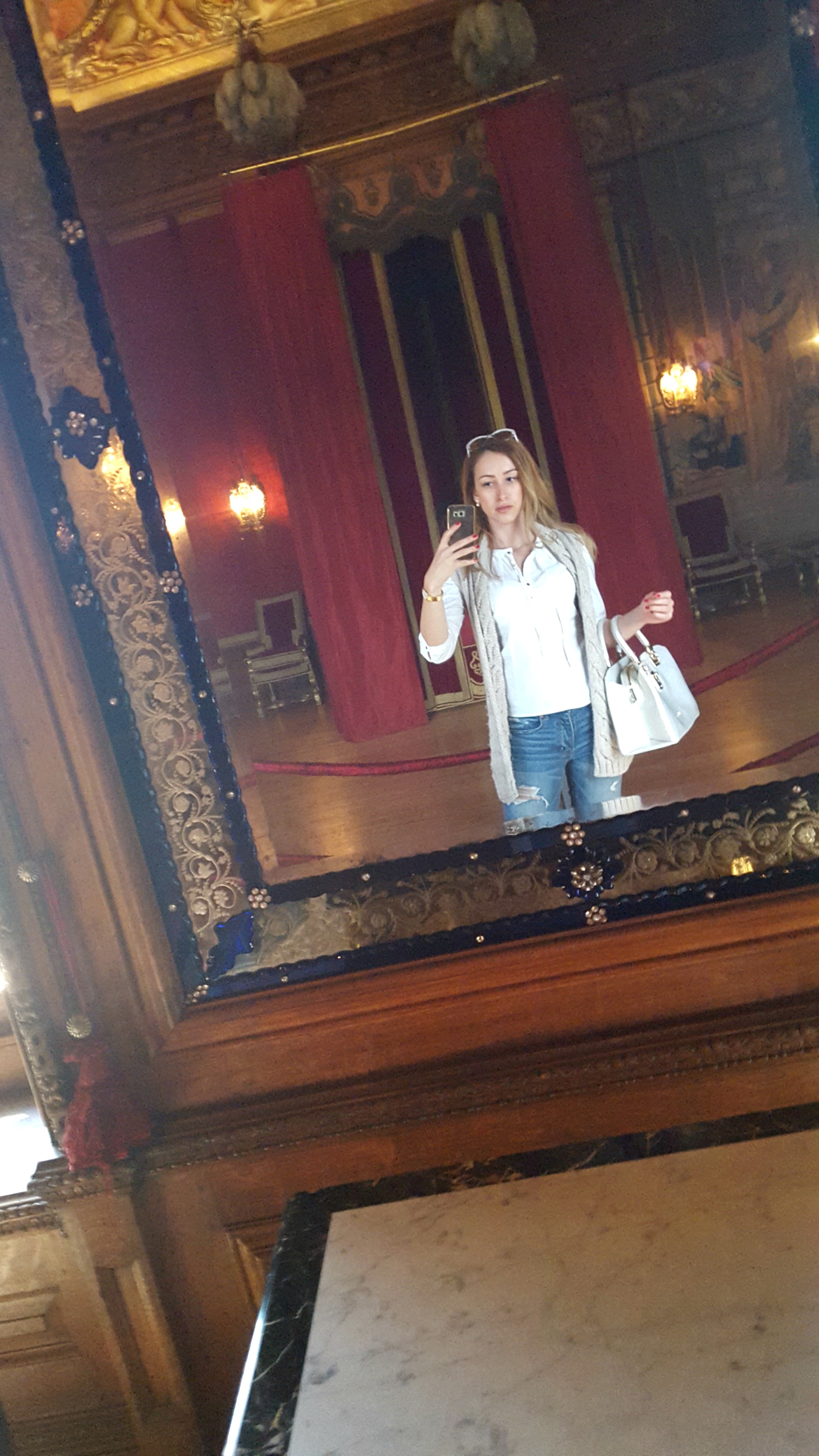 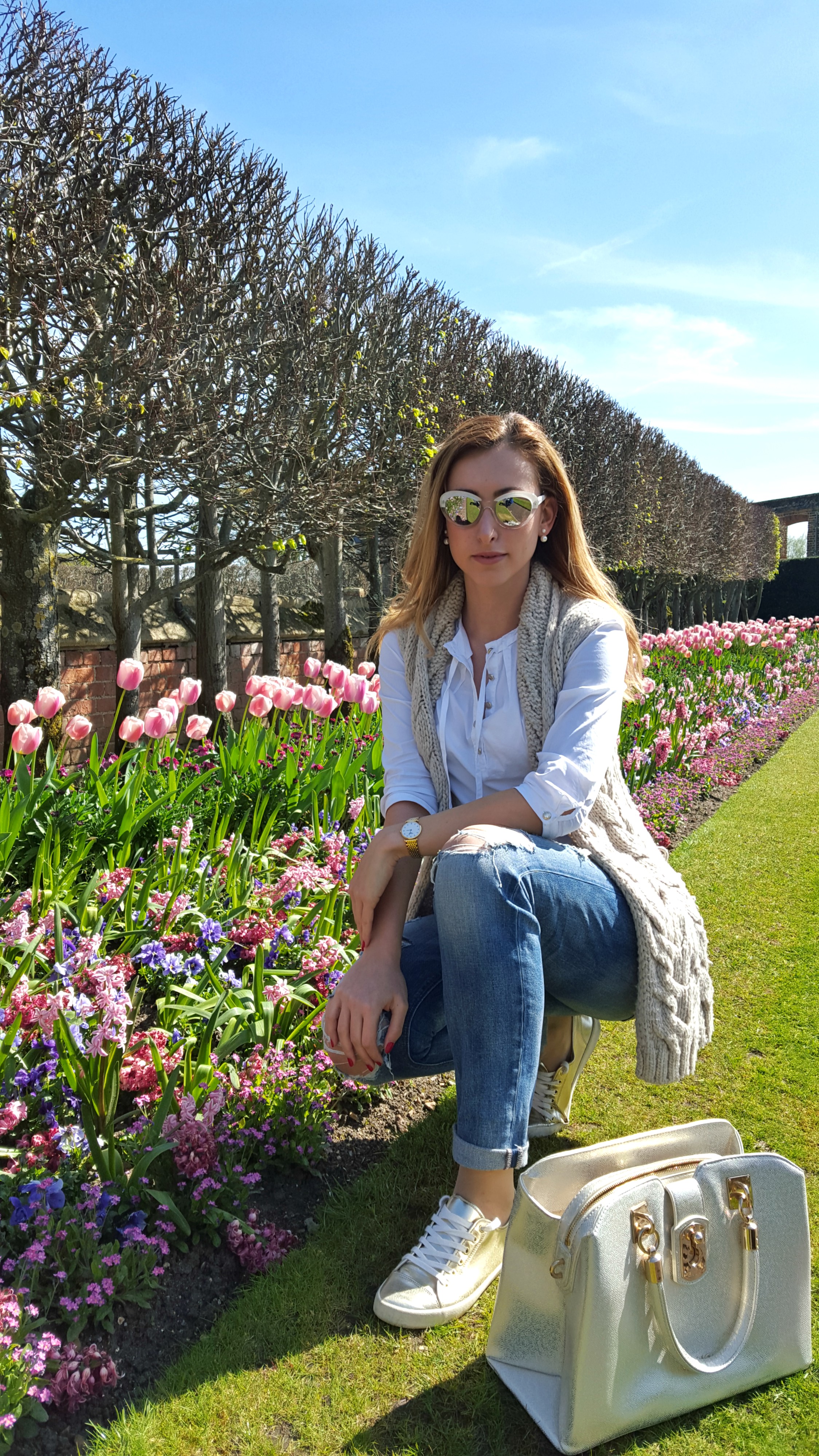 It is also famous for its astonishing gardens, an inspiration for Hobbs latest collection! 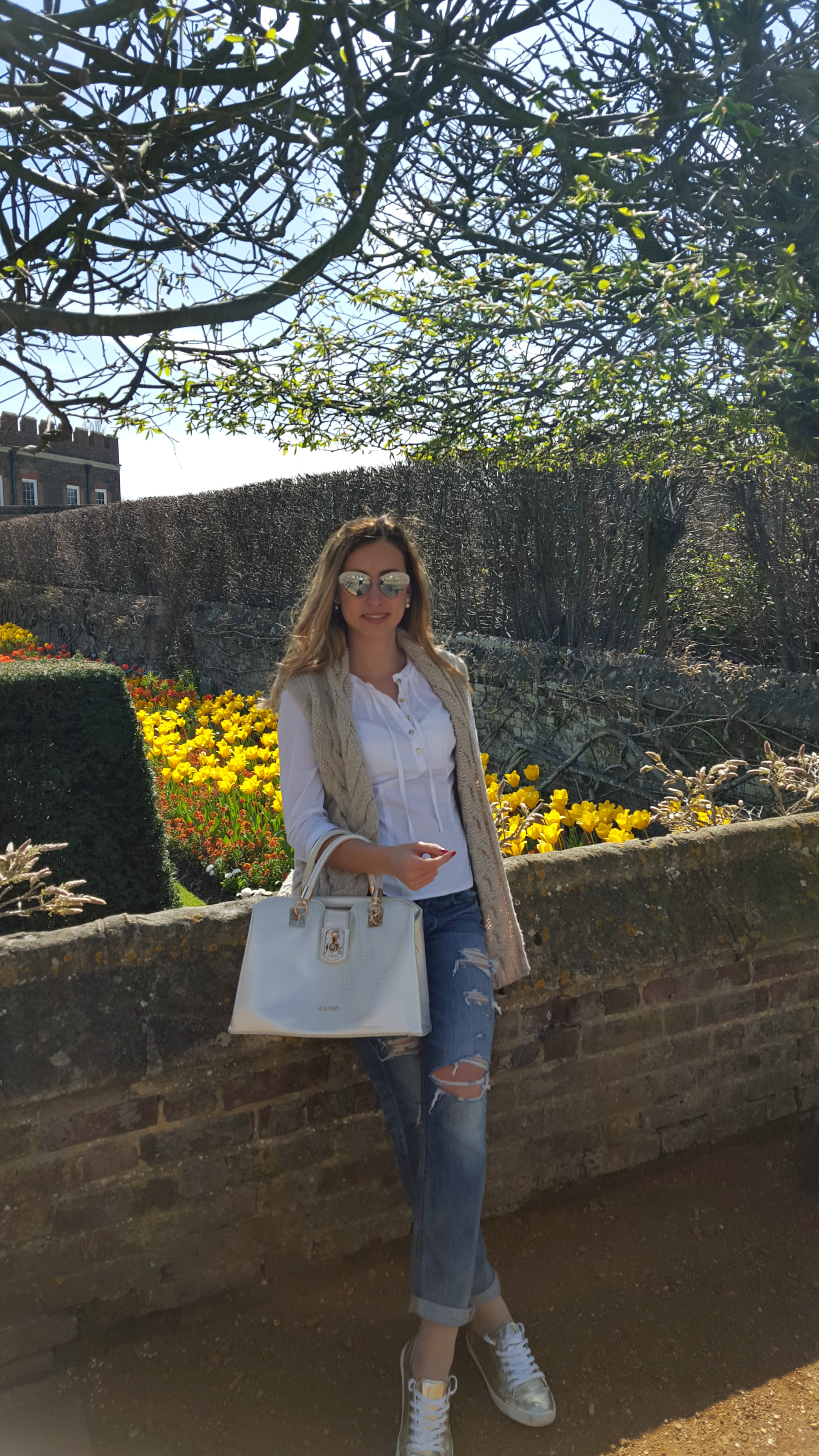