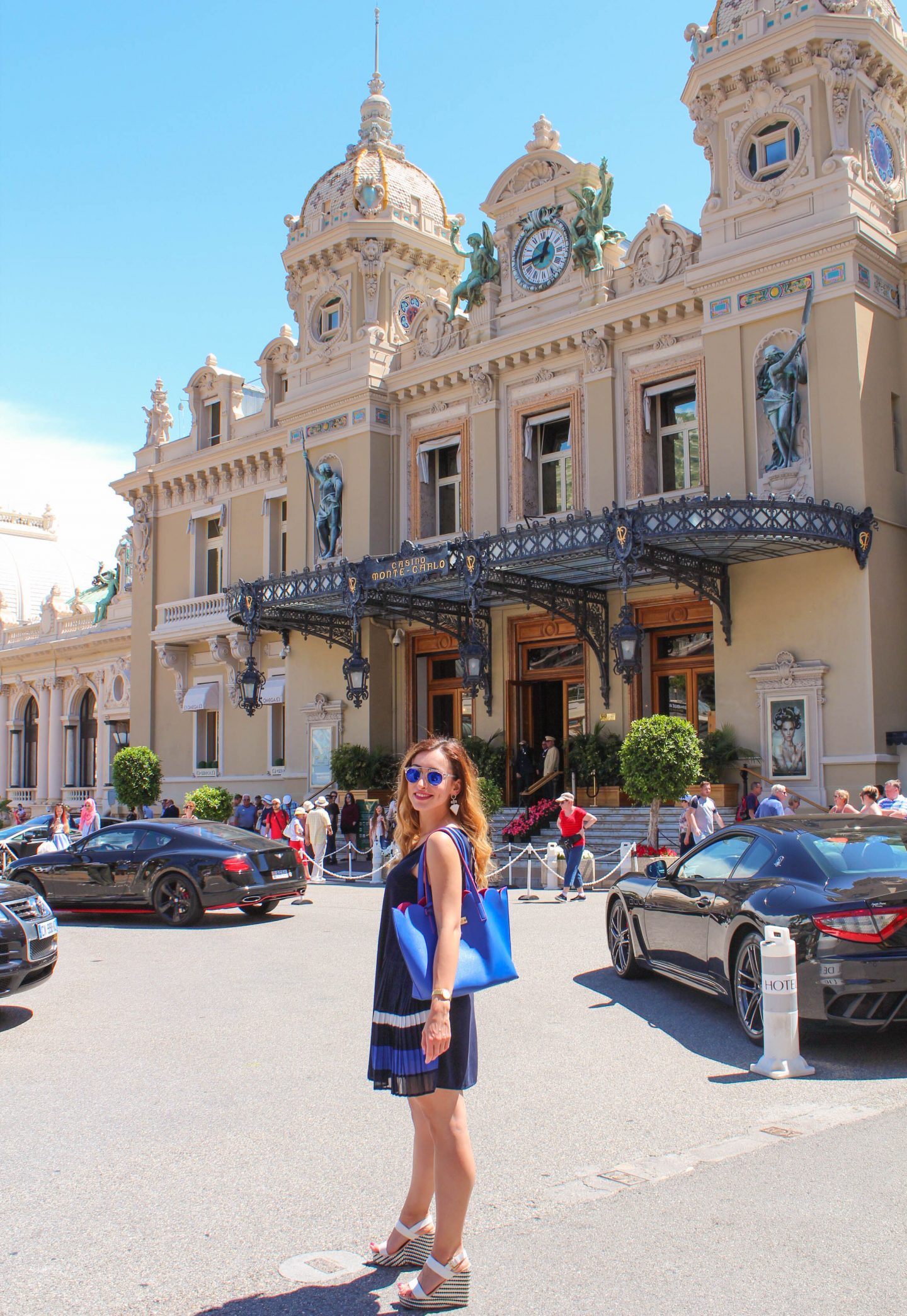 One of my favourite trips this summer, which I have been planning to share with you guys for a while, was to Monaco. I visited Monaco in May, but due to the busy summer months and me moving from London to Barcelona, I have been unable to share with you all the incredible pictures from this season.

As I am finally settled in my new home – Barcelona, I will be now catching up on all my pending blog posts.

Since May, I have visited Monaco, Nice, Ibiza, Formentera, Mallorca, Amsterdam, and I spent a few weeks back home on the Bulgarian seaside. So, as I will be catching up from my latest travel update – South of France Road Trip , the next place on the list is Monaco. 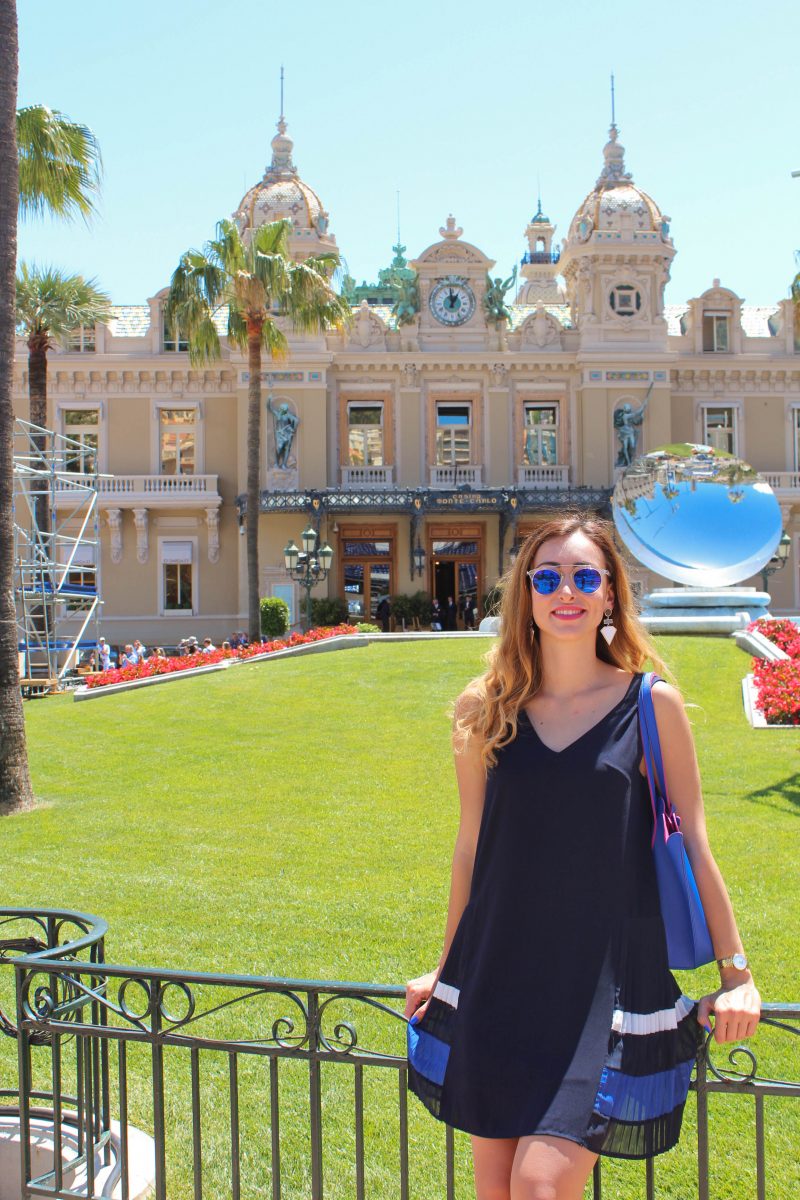 I will start by saying that Monaco has totally won my heart! It is very small, but so pretty and elegant!

I am not surprised that Eva Herzigova’s dream is to ”have a beautiful old house in Monaco”. The amazing seaside views, the charming hills and the chick atmosphere is what makes Monaco such an incredible city-state.

Monaco is the second smallest city-state, being only 2.2 km long, and the most densely populated sovereign state in the world. However, despite its small size, there is a lot to do and see in Monaco.

My absolute favourite spot in Monaco is Place du Casino, where the famous Cafe de Paris and Casino de Monte Carlo are situated.

Cafe de Paris is definitely the most famous luxury brasserie in Monaco. It is situated just opposite the Casino de Monte Carlo, which gives its guests an amazing view over the casino and the Place du Casino square. Cafe de Paris was opened in 1868 and since then it has been one of the most popular places in Monaco, visited by many celebrities. Its Belle Epoque style windows remind us of the style of the old Parisian bistros and as a true brasserie, its waiters sweep by holding aloft succulent plates of seafood in season, tempting dishes of the day and traditional fare. I absolutely loved the atmosphere in Cafe de Paris and would return there for a morning coffee or a tasty lunch any day! 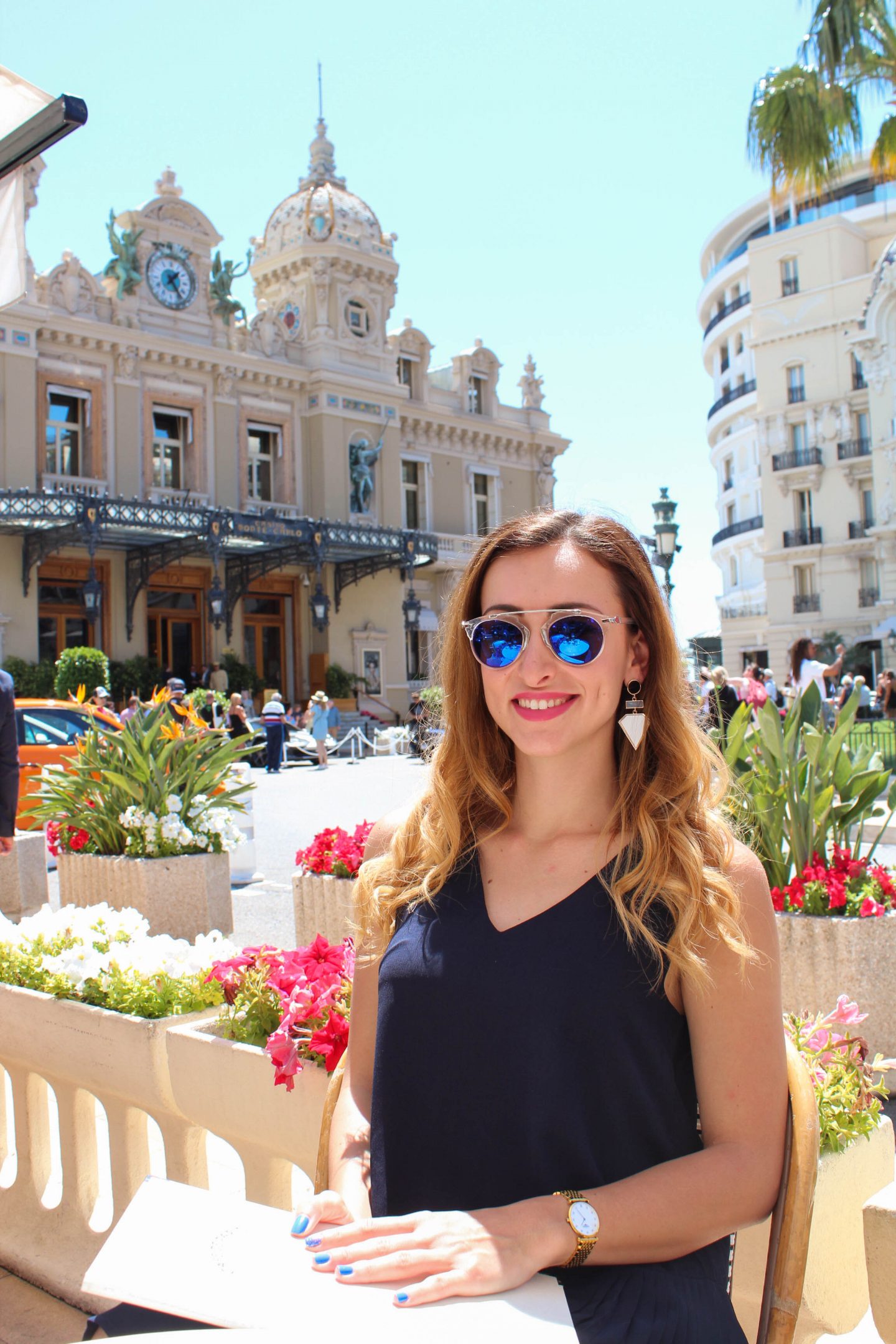 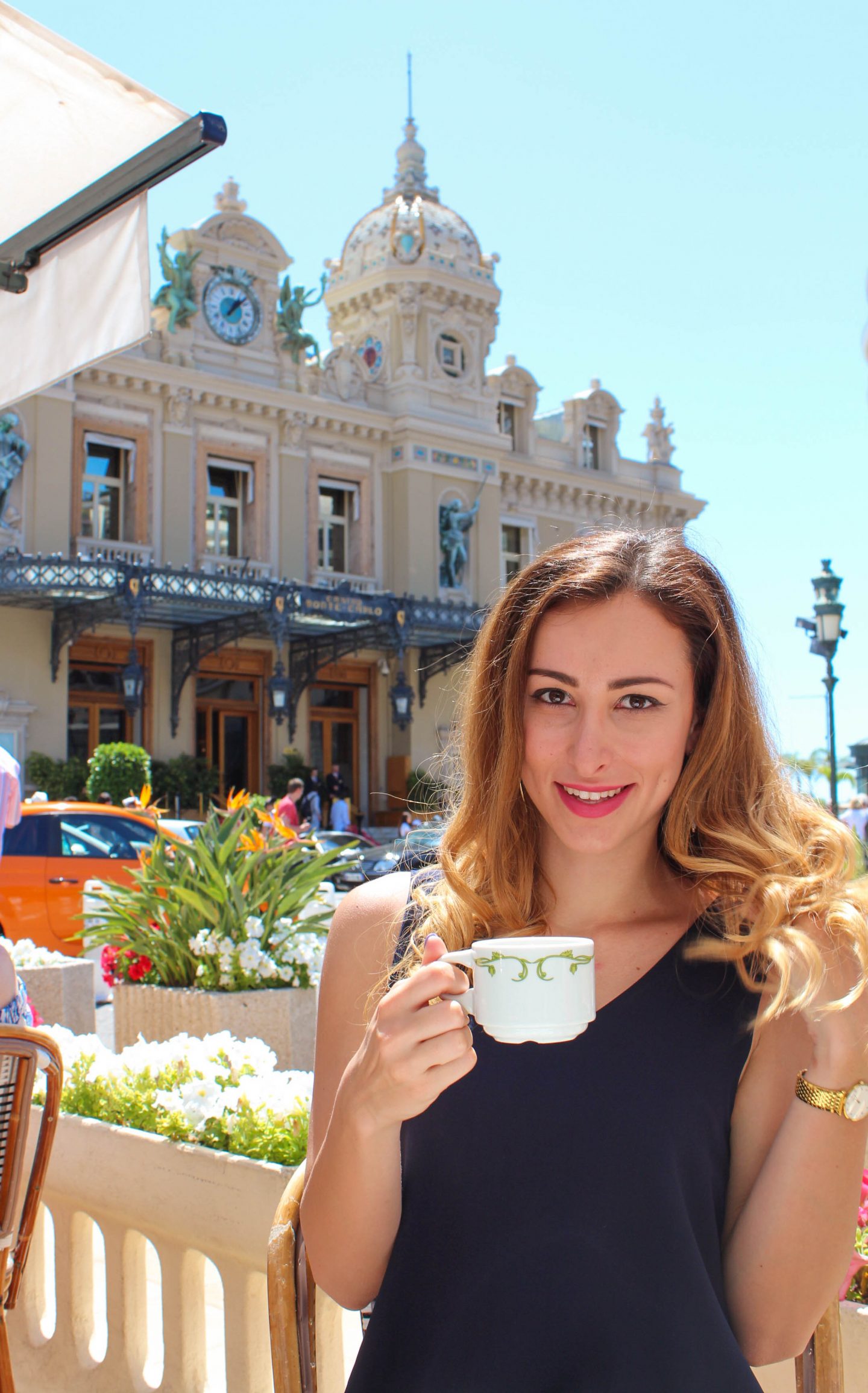 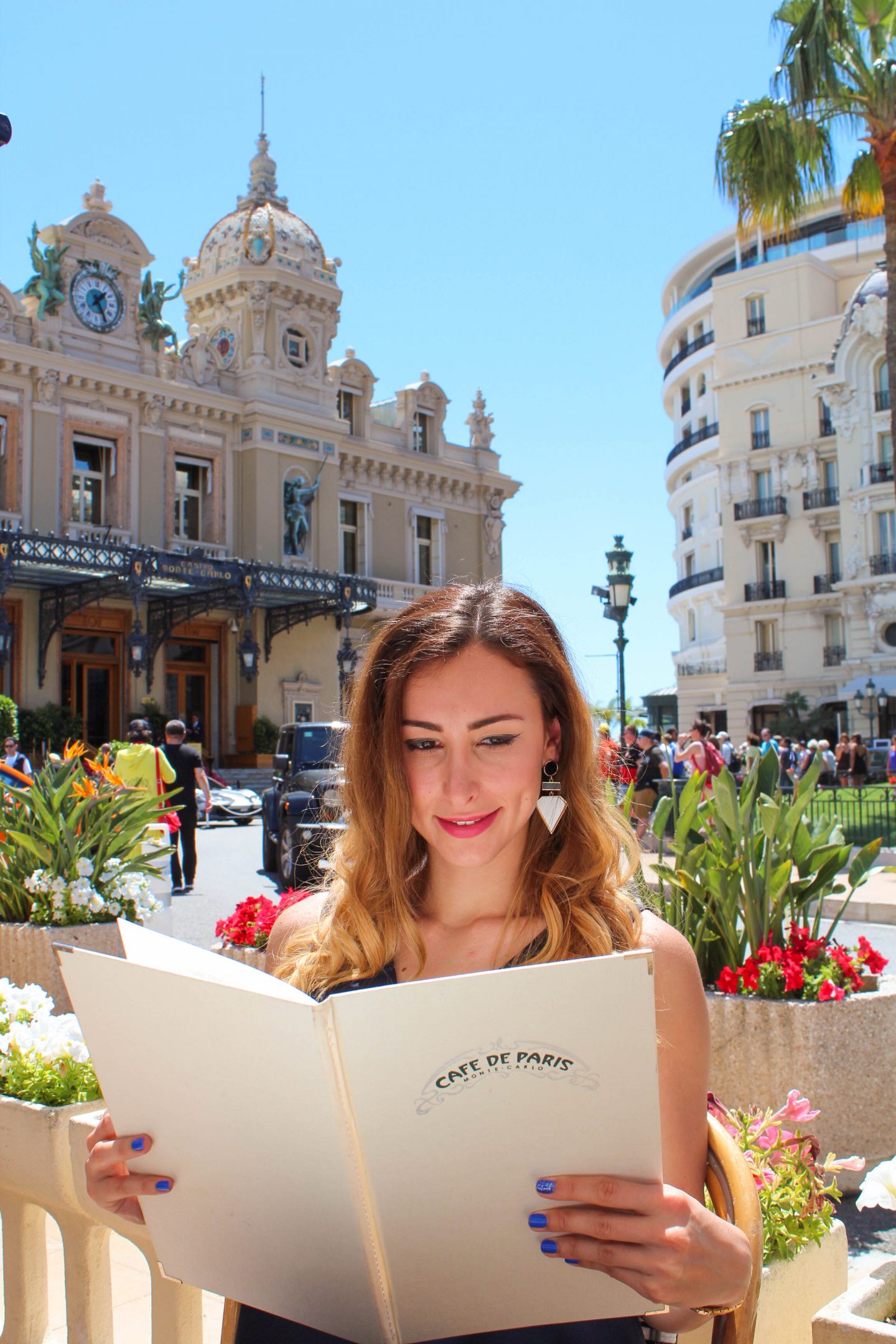 As I said, Casino de Monte Carlo is just opposite the brasserie, and it is my favourite building in the whole of Monaco. I bet you have seen it in the James Bond movies and know what I am talking about when I say that the building is absolutely stunning!! The idea behind its opening is very interesting, as its purpose was to save Monaco’s royal family from bankruptcy. The person behind the idea to open the casino was Prince Florestan I, and as we can all see her plan worked out pretty well! Not only that the casino saved the  House of Grimaldi from bankruptcy, but it also became one of the best-known casinos in the world! An interesting fact, though, is that the citizens of Monaco are forbidden to enter the gaming rooms of the casino. Luckily, I was not one of them!! 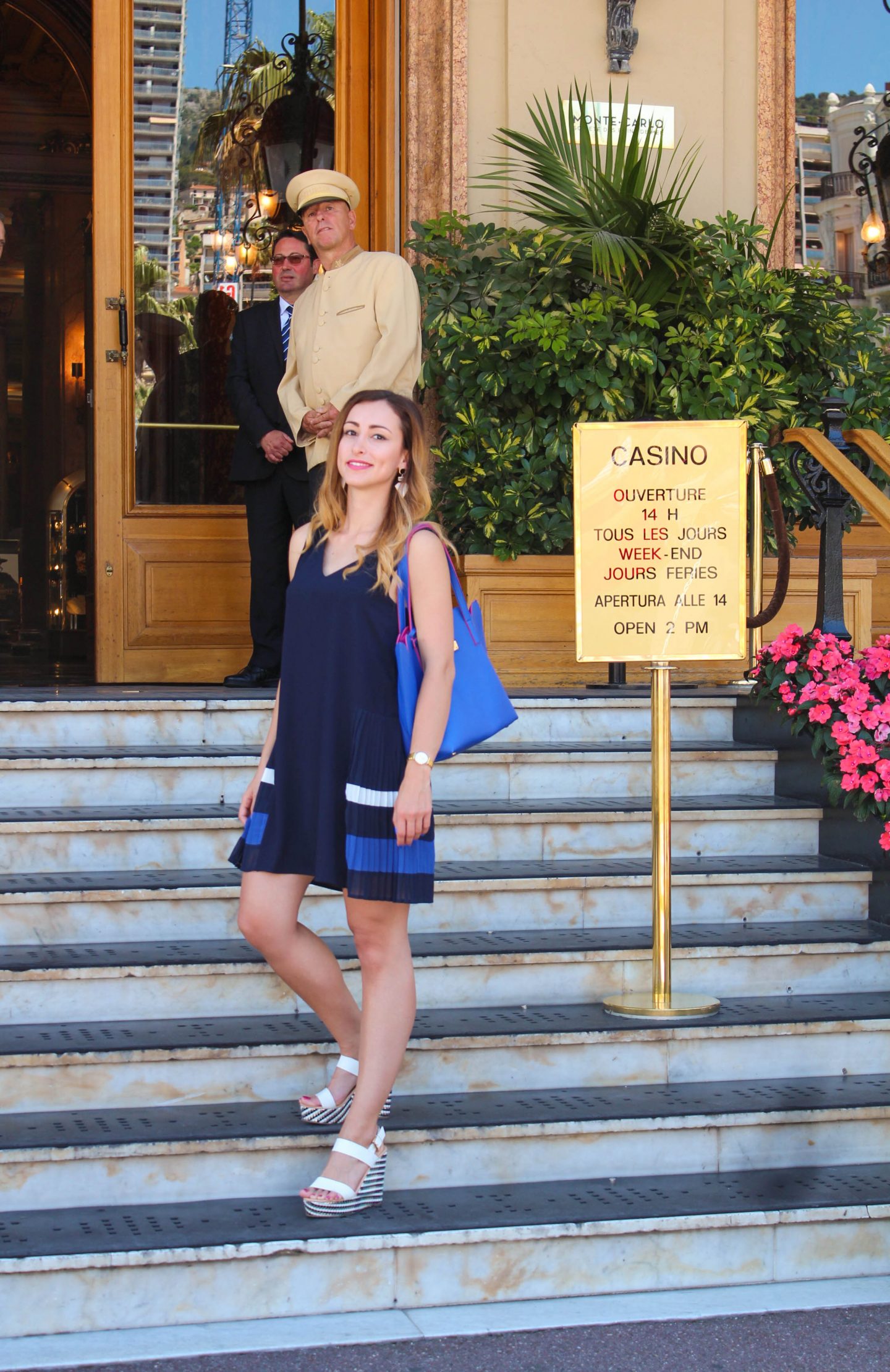 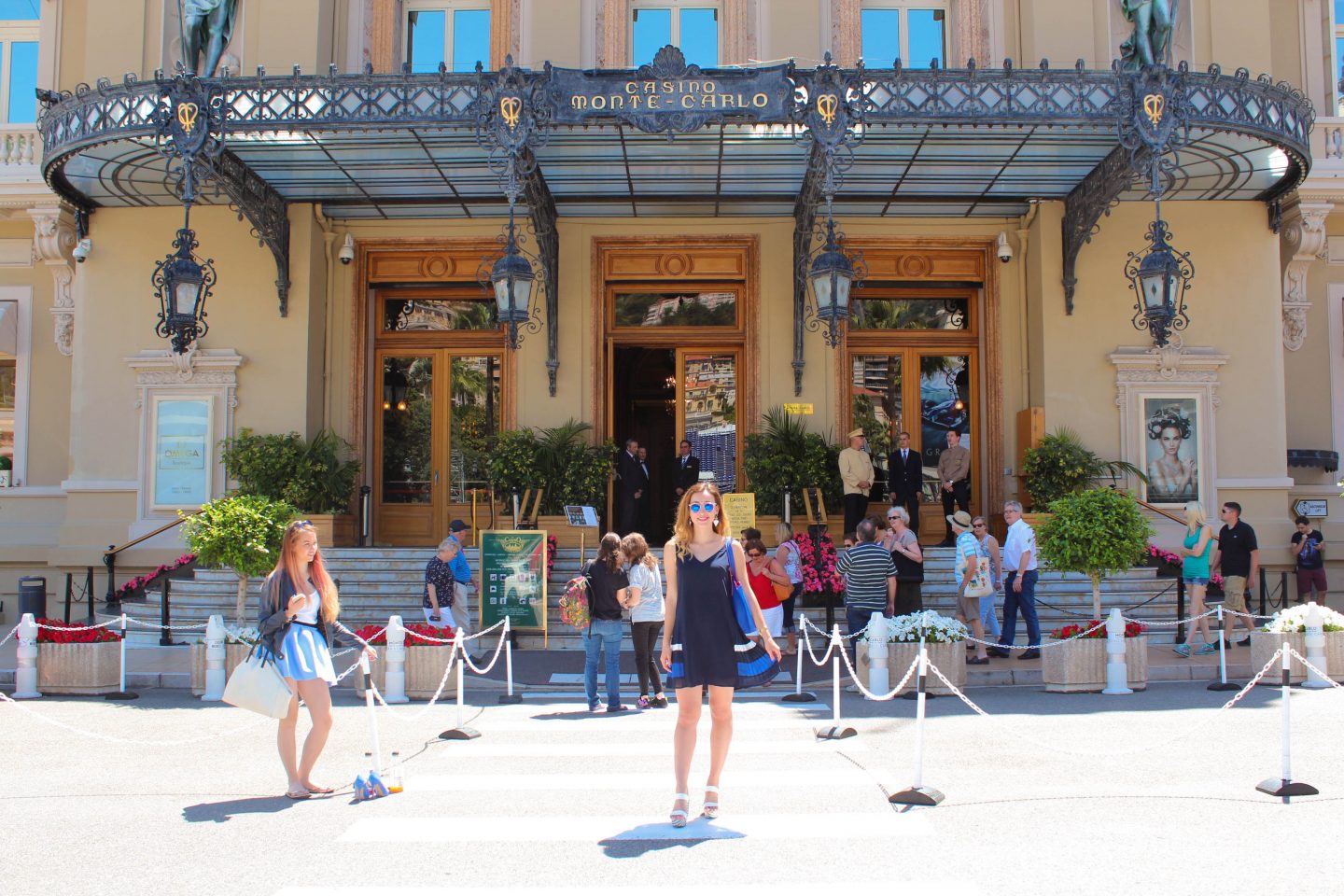 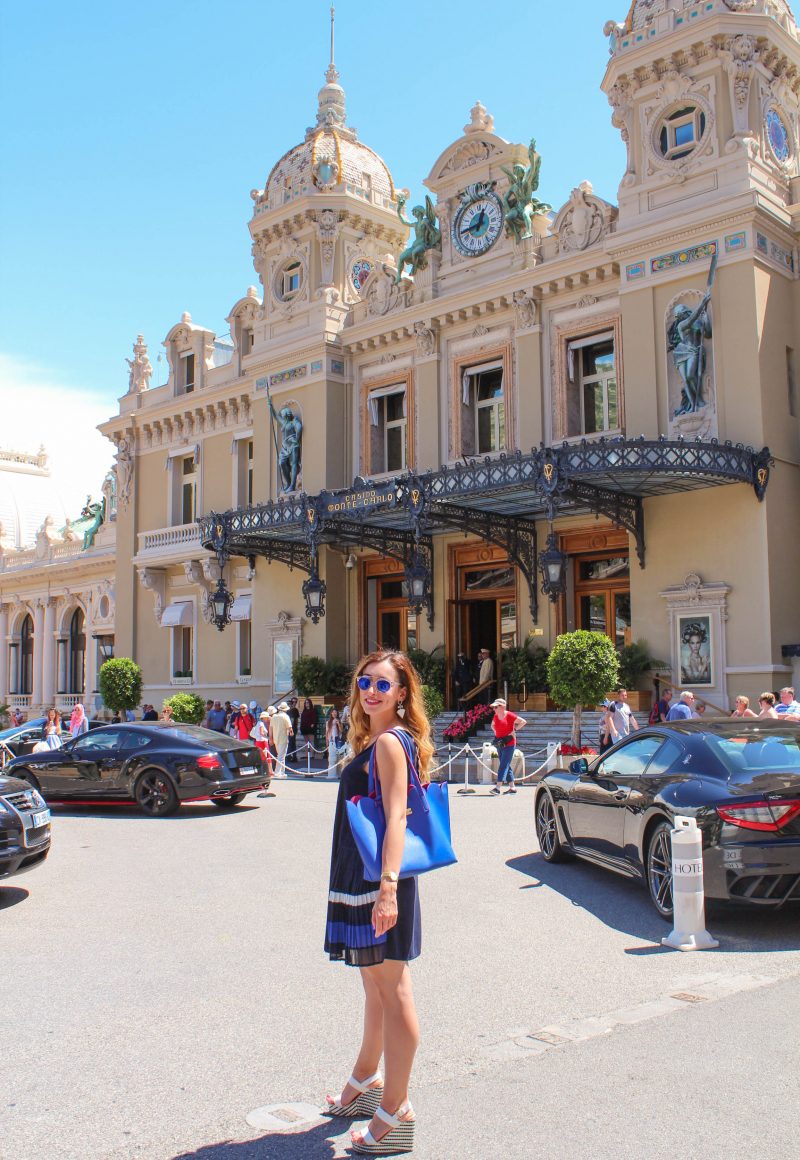 Apart from this beautiful square, other things which I would highly recommend you to visit when in Monaco are the Prince’s Palace of Monaco, which is the official residence of the prince of Monaco! There are also incredible portraits of Grace Kely and some of her personal items displayed in the palace, so if you are also a fan of her, you should definitely visit. I also really enjoyed the Oceanographic Museum from where I posted all these Instagram stories with the thousand ”Nemos” and all kind of cool fishes. The view from the rock of Monaco is also incredible, so make sure you do not miss it! There are also many amazing restaurants, some of which have a Michelin star!

Monaco is also hosting various incredible events throughout the year, such as the Grand Prix or the Monte-Carlo International Circus Festival, to which I am going next January (so stay tuned for more Monaco updates in few months). 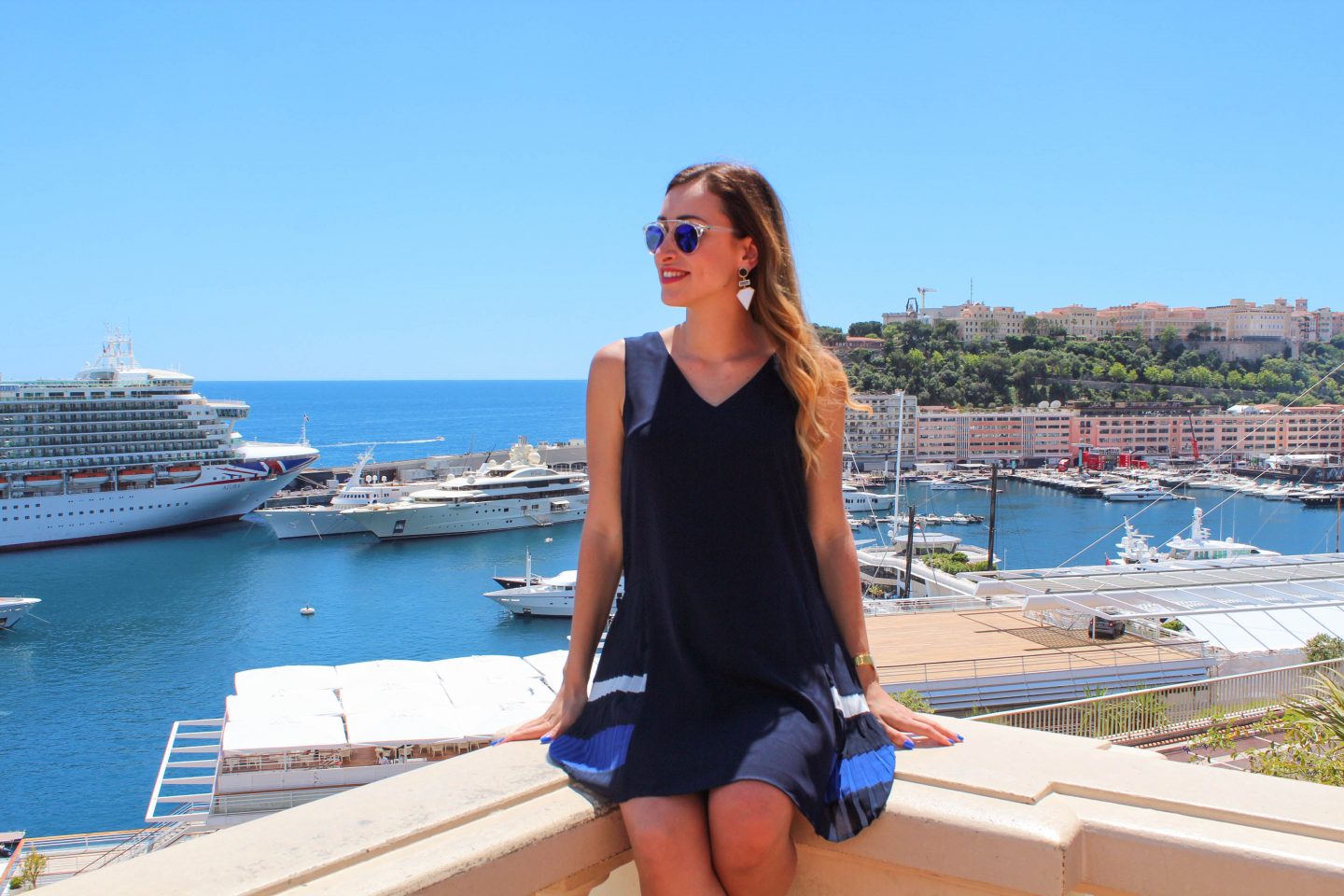 Hope you have enjoyed the Monaco pictures! P.S I love the face of the concierge on the picture at the casino entrace! He totally wanted to be featured on the blog!!