The Republic of Tajikistan is a relatively new republic, established on 9 September 1991, when the Soviet Union disintegrated. It is situated in Central Asia and has an estimated population of 8.7 million people. A very distinct characteristic of the country is that mountains cover more than 90% of Tajikistan and more than 50 percent of its land is over 3,000 meters (9,800 feet) above sea level.  The official language of Tajikistan is Tajik, although Russian is routinely used in business and communication.

Tajik traditional clothes differ from region to region in terms of color, embroidered patterns, style. But there are some common features in every national costume.

The most common traditional garment for women is a straight dress, widening at the bottom, worn over trousers. The traditional dress of the Tajik women is long shapeless attire prepared with brilliant and showy color patterns along with the matching pants. The dress is usually accompanied with embroidered traditional shoes. Some women also use Scarf or Hijab in order to cover their head or neck.

Normally women wear only one dress at a time, however, on festive occasions they can wear as many as seven, with sleeves of graduated lengths to permit the embroidered ends of all to show.
What I am wearing here is a festive dress with a very rich decoration. It is completely handmade and is only used for very important celebrations such as weddings. As a fan of gold, I cannot explain how impressed I am with the decoration of the top layer. It is a total masterpiece, don´t you think? 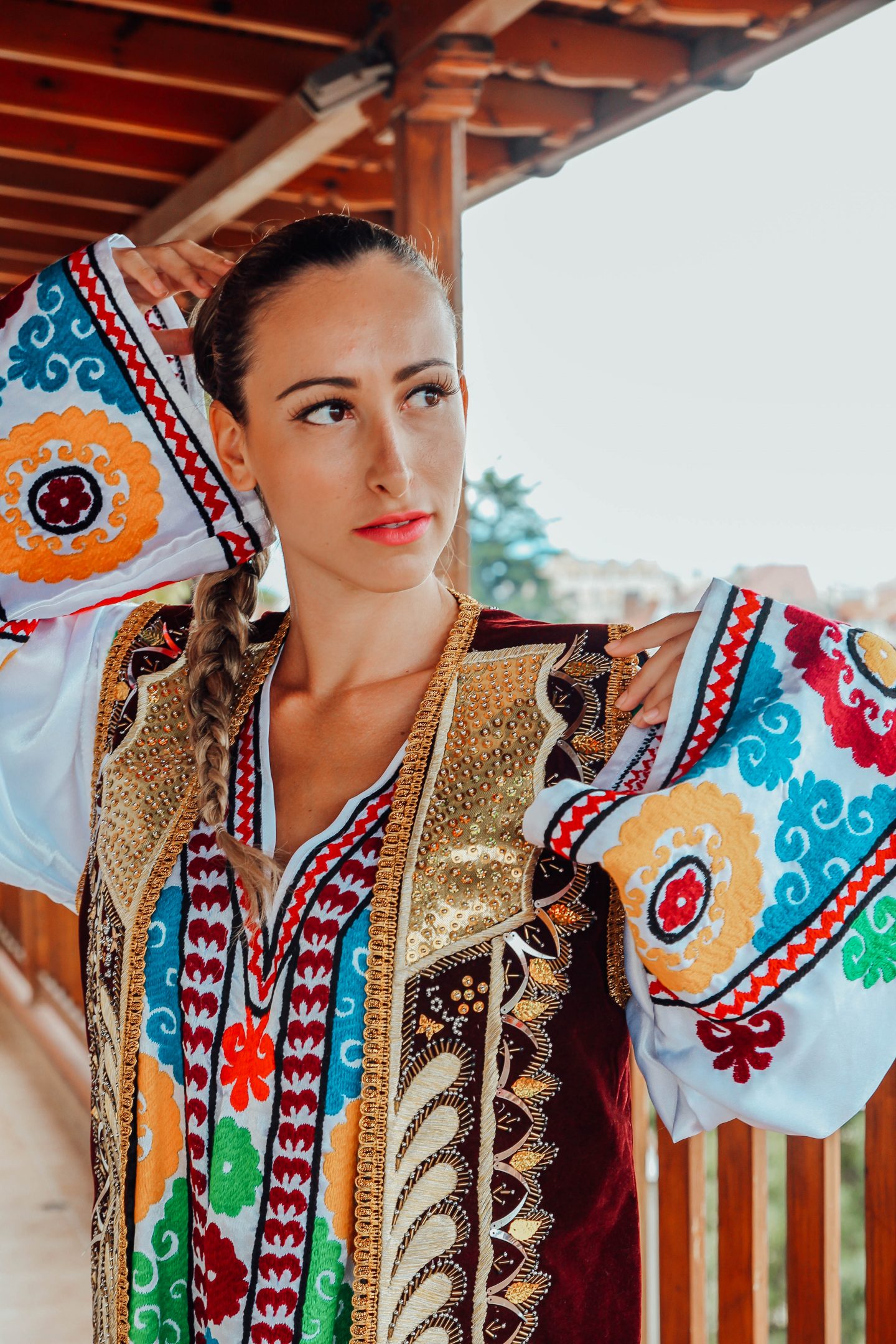 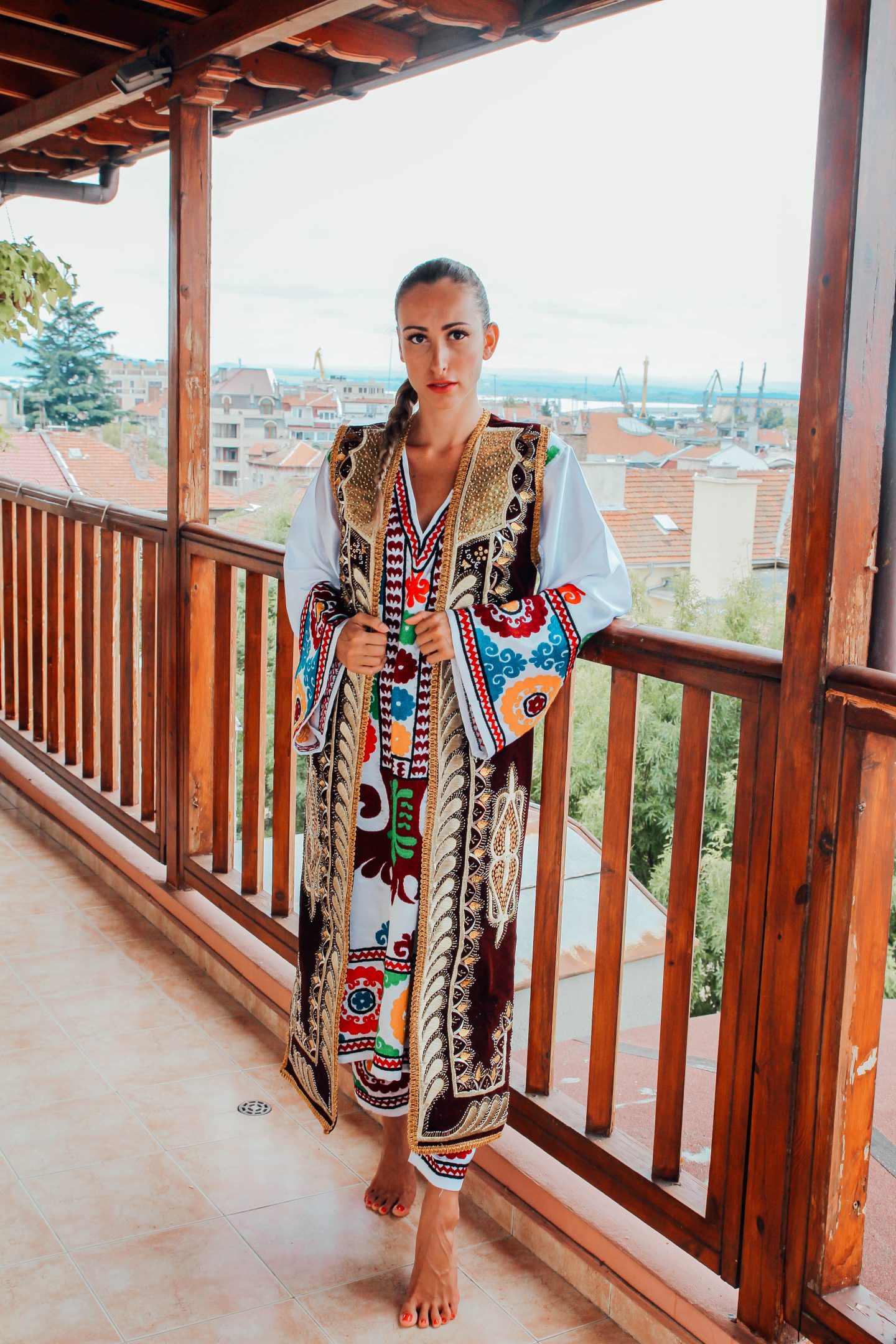 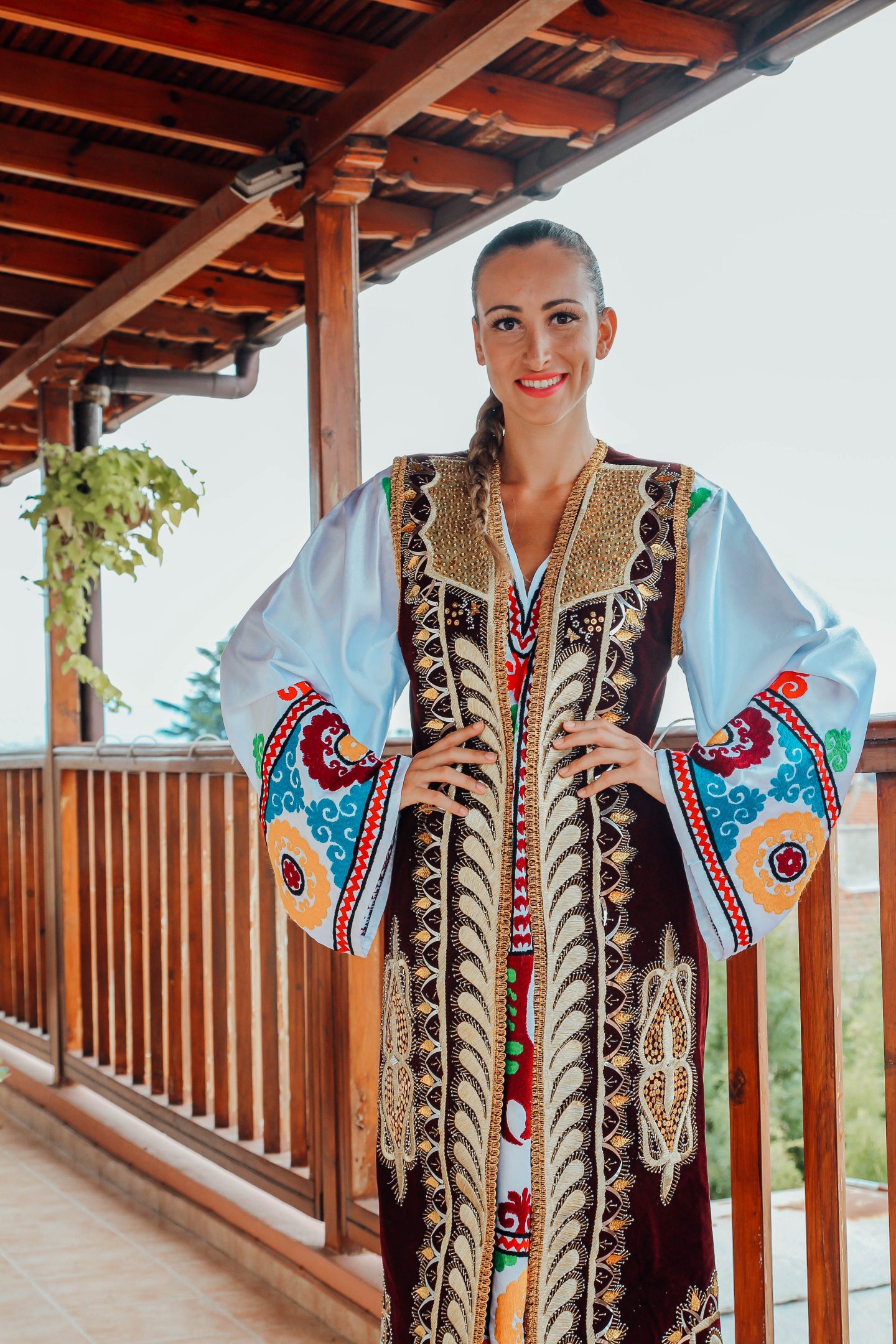 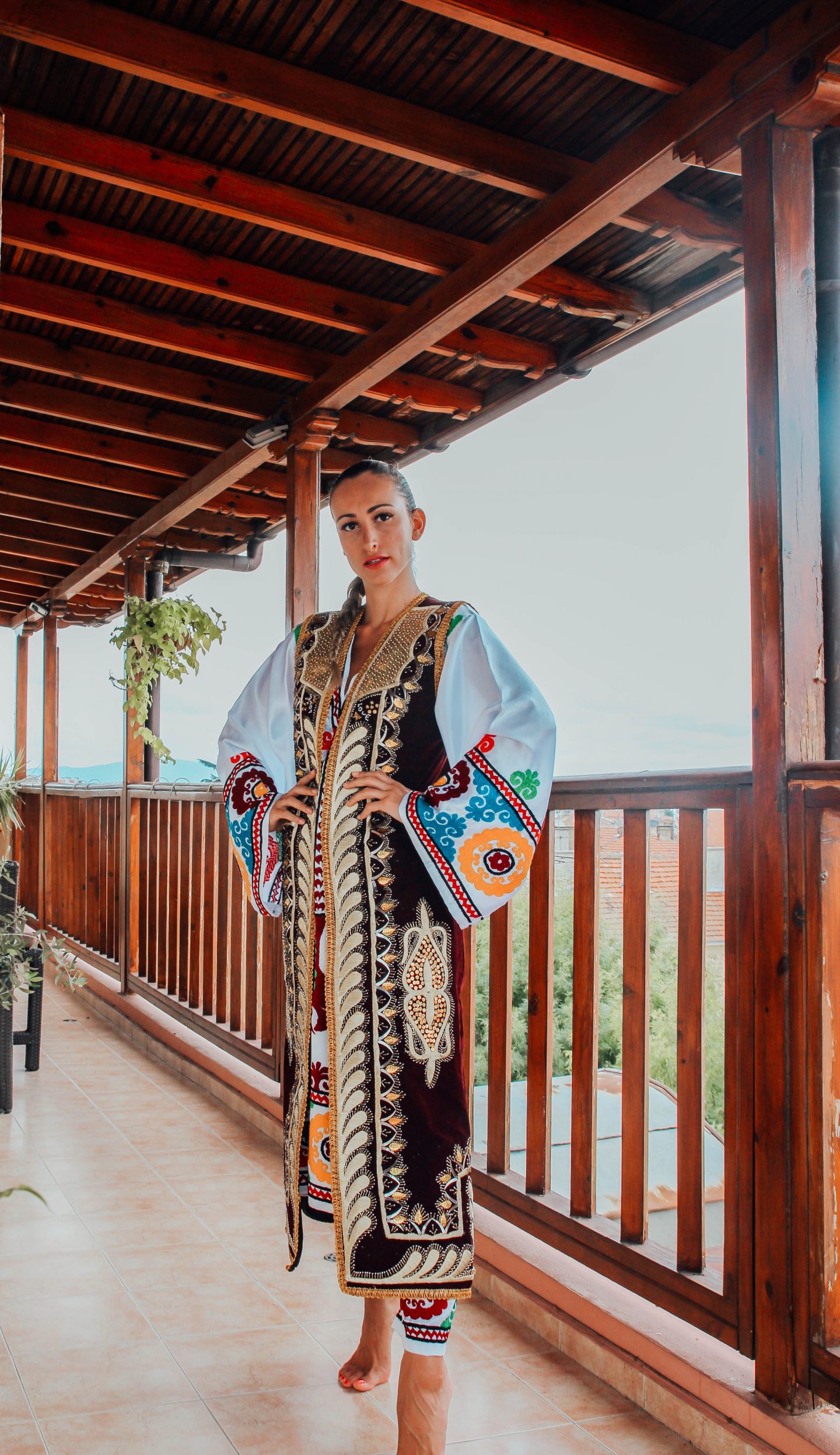 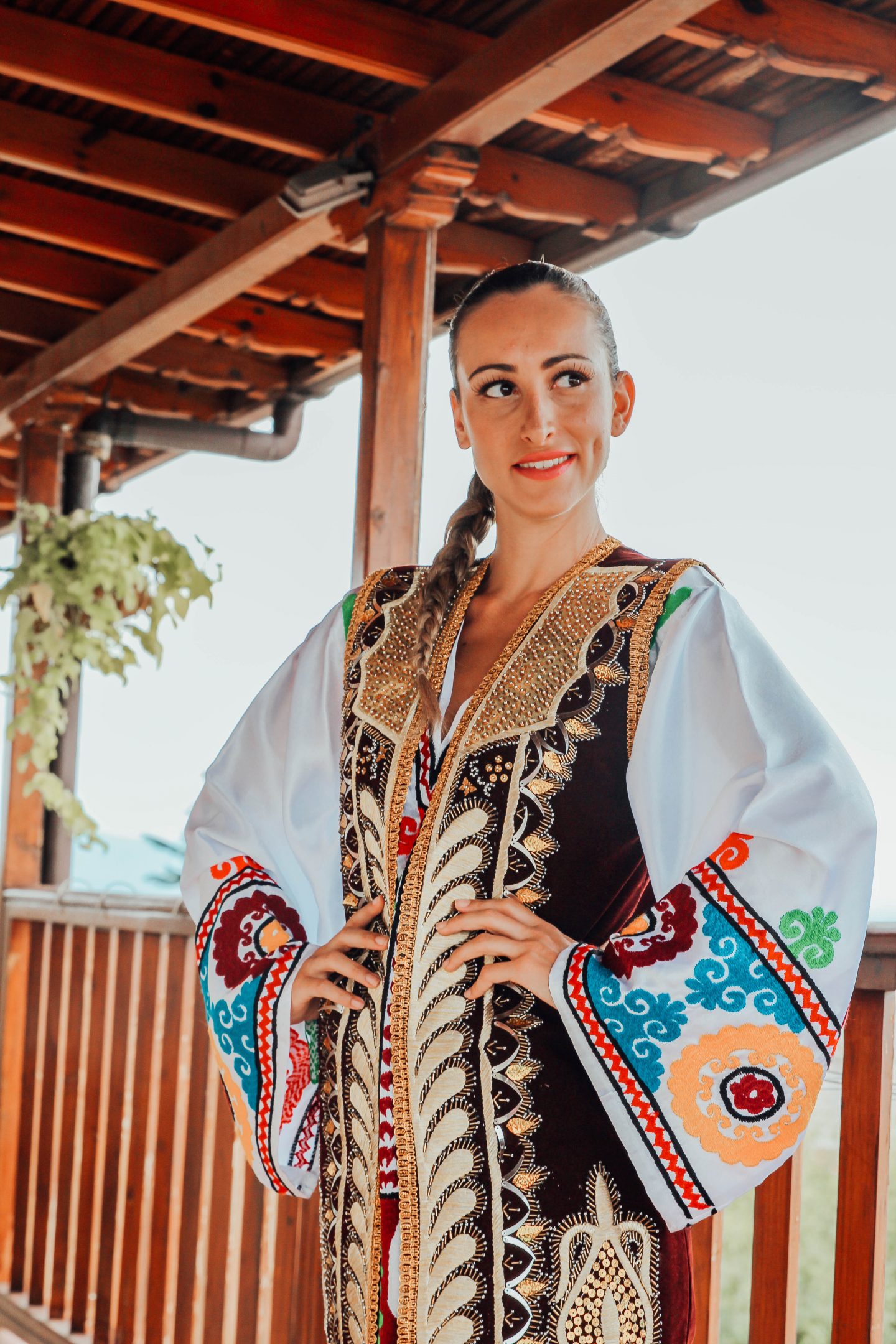 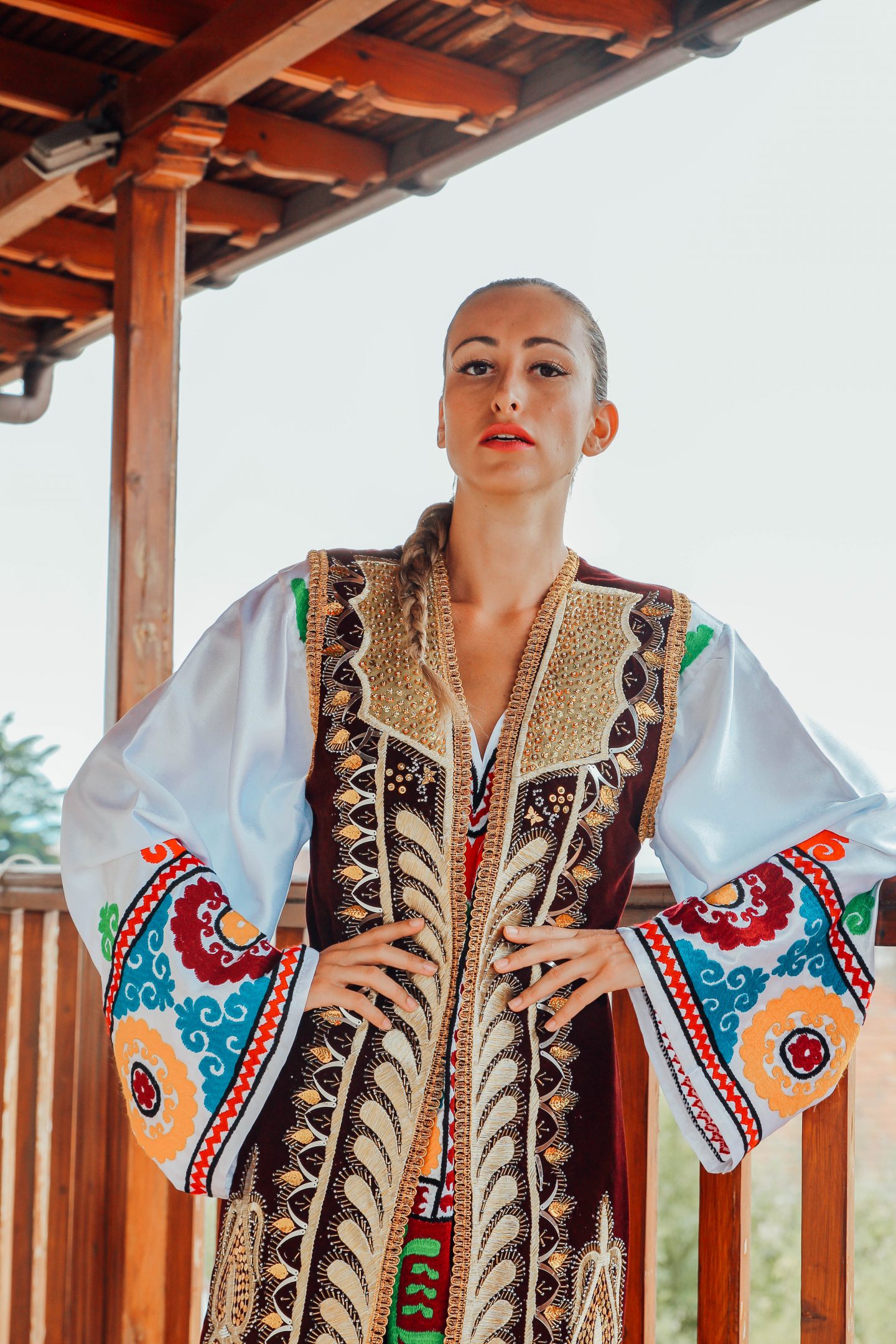 Some interesting facts about Tajikistan are: 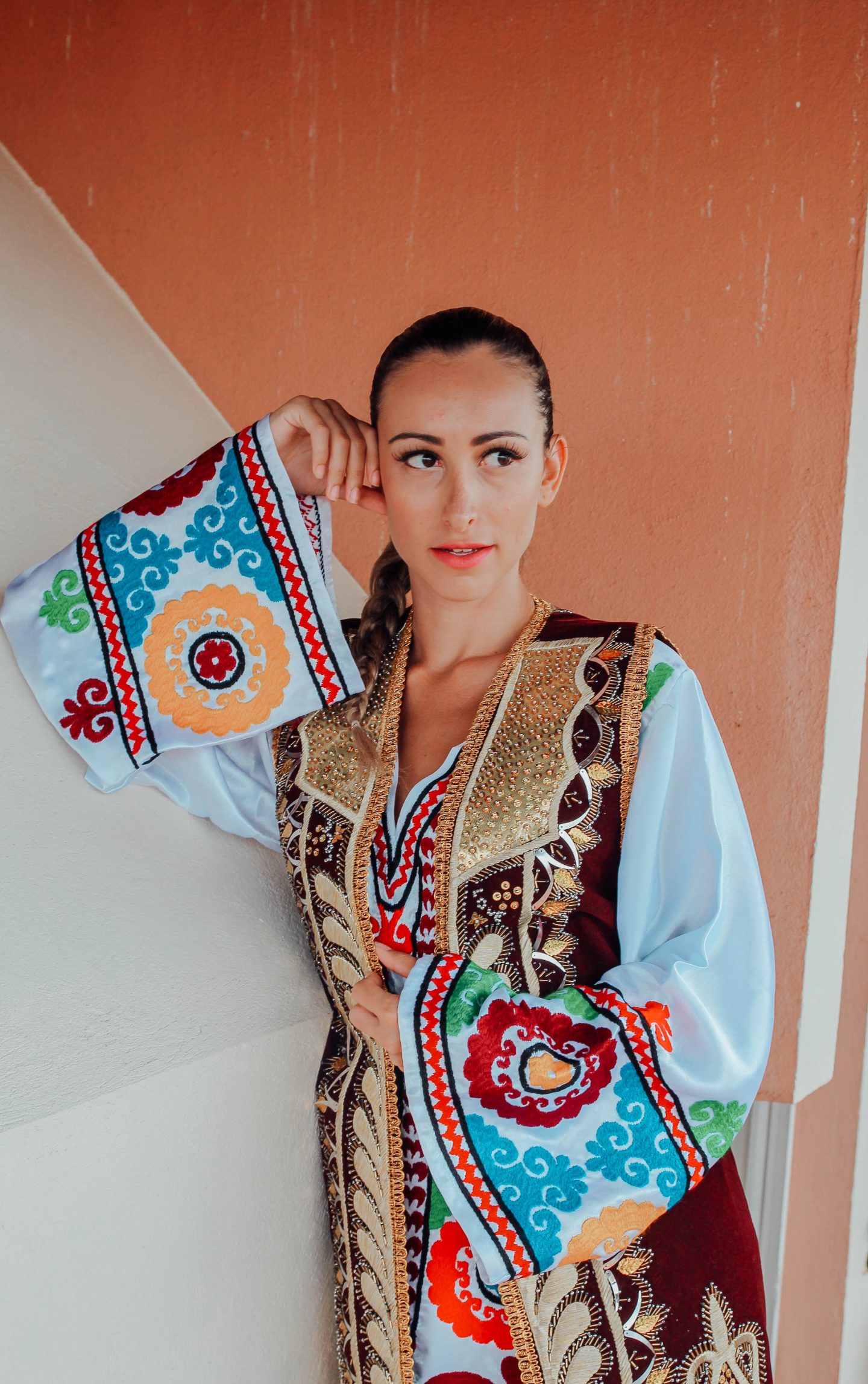 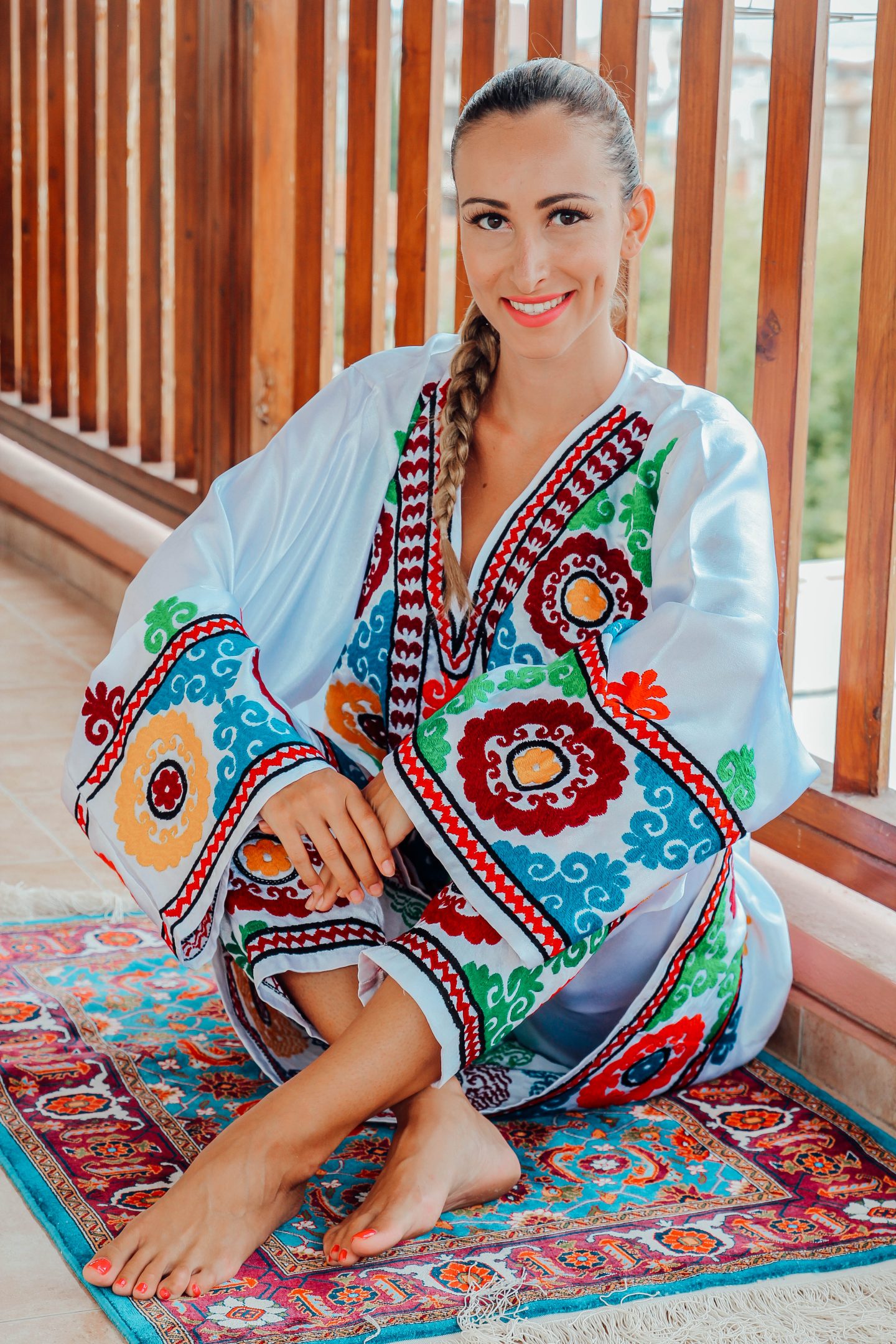 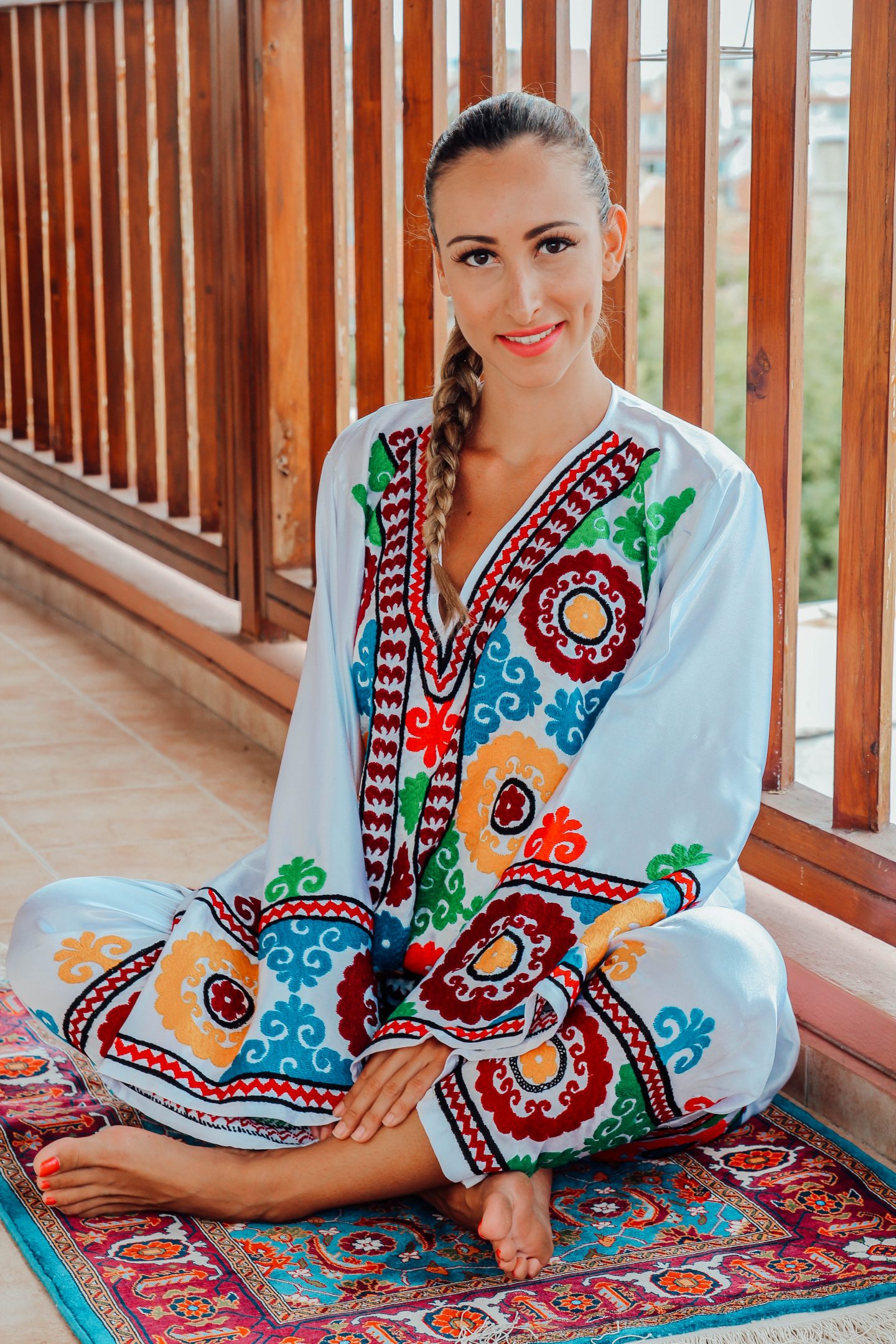 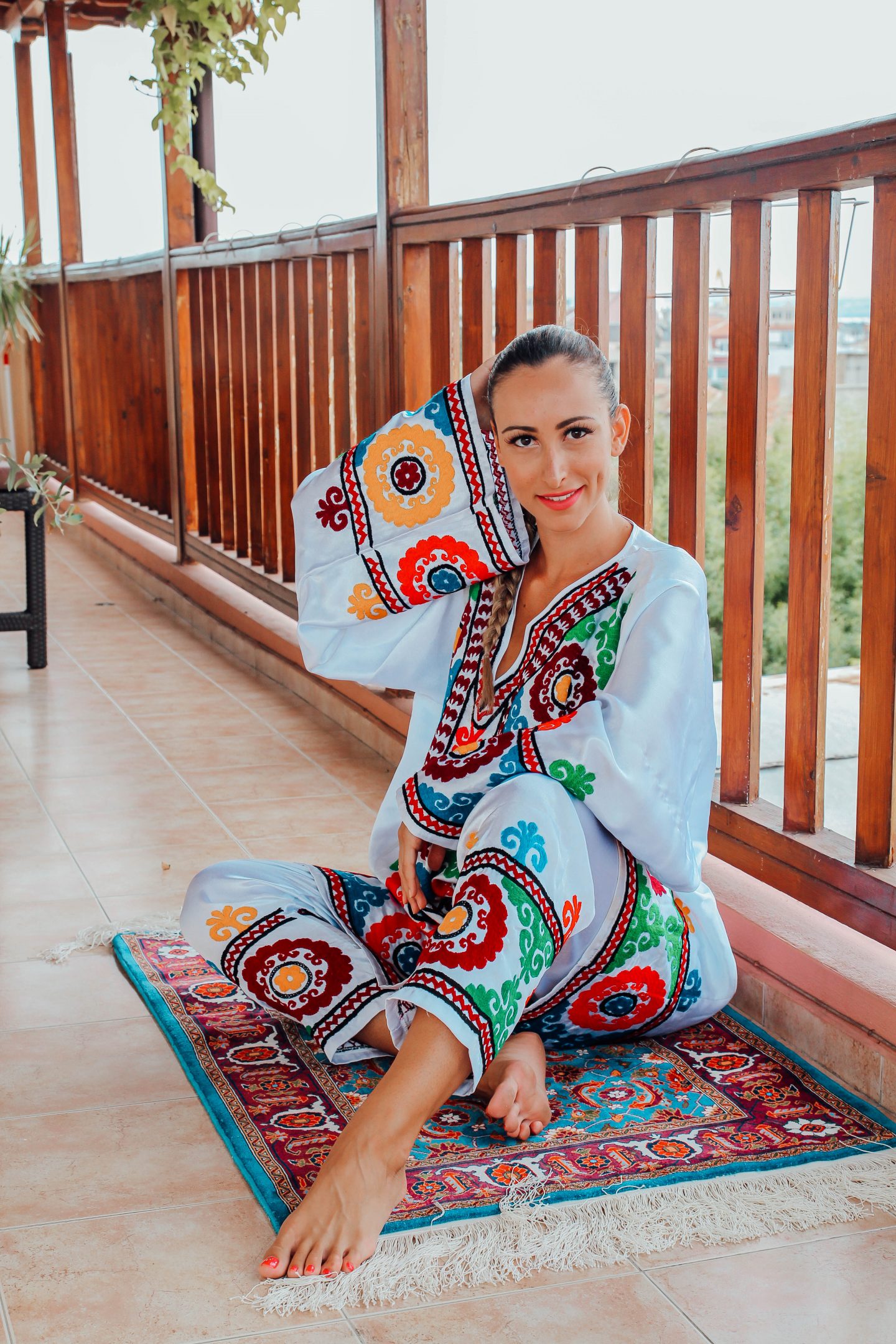 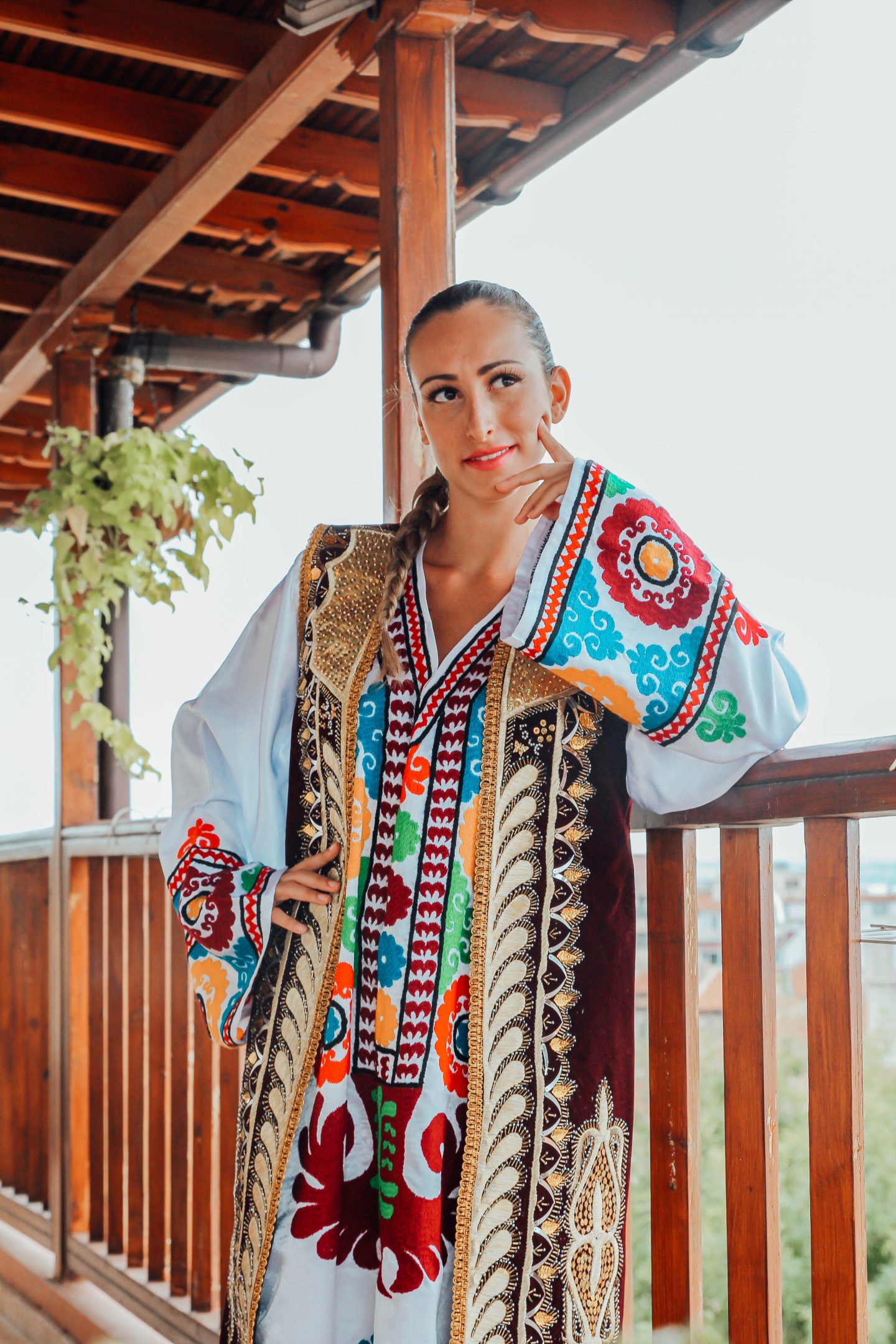 I hope you have enjoyed this post and we all know a little bit more about Tajikistan and their traditional wear.