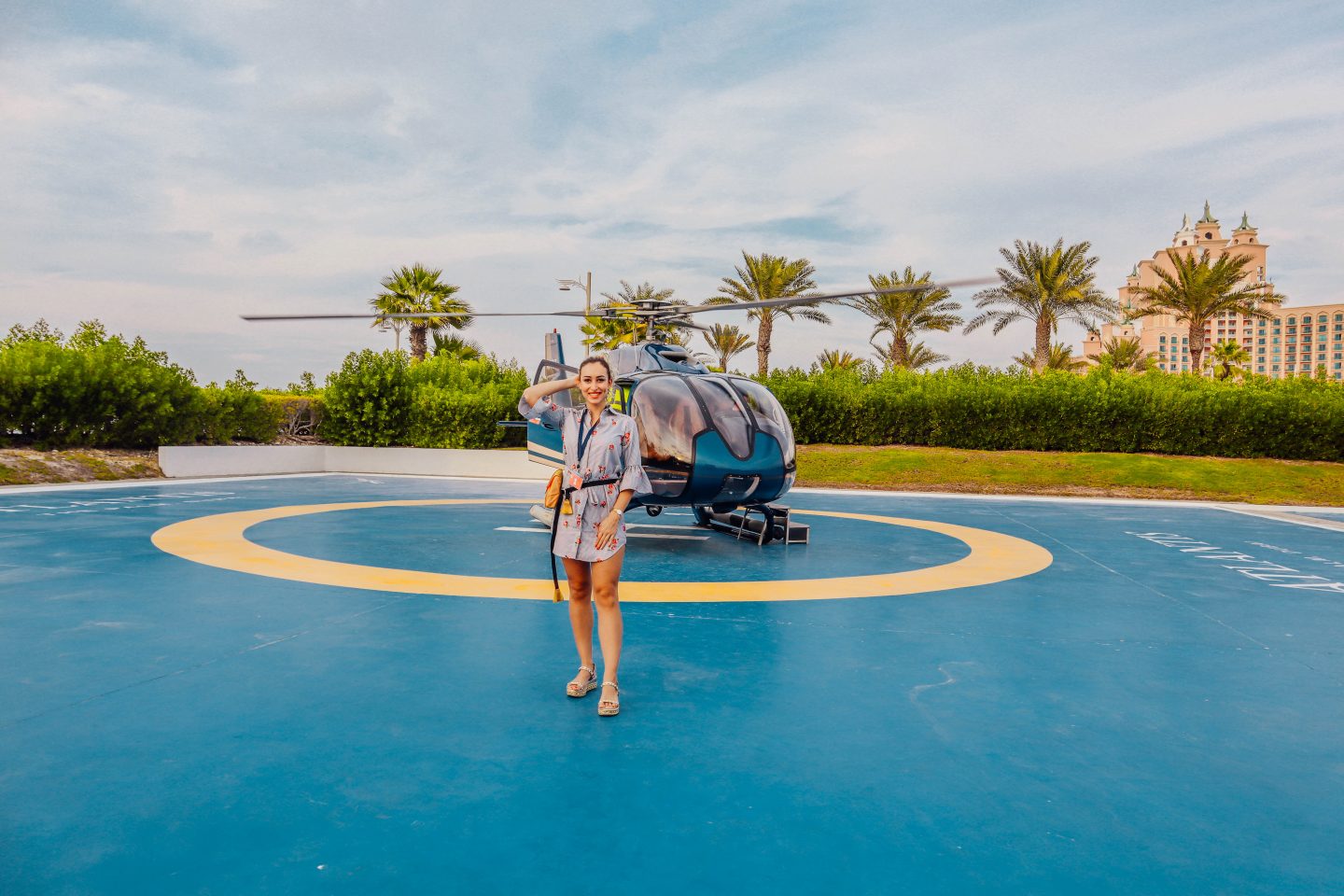 Today I want to share with you another amazing experience I did during my trip to Dubai. As you can guess from the caption it was a helicopter ride!

I went for a 15 minute helicopter ride over Dubai with FlyHighDubai! The flight I chose is called the Fun Flight and during the 15 minutes that you fly over you fly from Dubai’s most famous man-made island (The Palm) to the world’s tallest tower. On route from Atlantis The Palm to Burj Khalifa, you also get to see the Aquaventure Water Park, the striking Burj Al Arab, Jumeirah Beach coastline and The World Islands from its south pole.

As you will see below the views are really stunning! I am not sharing here all the views, as I will include them in my Dubai Vlog video on my youtube channel soon! I believe seeing them on the video is much more impressive than the pictures, but still wanted to share with you some of the photos I took too!

Dubai is one of the places that fascinates me the most as only about 30 years ago there was nothing but desert! It really shows what people are capable of in today´s modern world. It was surely unthinkable to build such an impressive city in the desert 30 years ago, but today it is a reality!

Another thing that fascinated me while flying over Dubai the Wolrd Islands. This was not my first visit to Dubai, but I was not aware of their existence. As you know, the Palm is also a man island, but I thought it was the only one in Dubai.

What are the World Islands?
The World Islands, located in Dubai, is an artificial archipelago of various small islands constructed in the rough shape of a world map, located in the waters of the Persian Gulf, 4.0 off the coast of Dubai. The most fascinating about them is that they are on sale! However, not everyone can buy them. I need to have a special invitation from the of the UAE to do so. And of course, they do not come for free.

The islands were intended as the ultimate luxury possession, even for Dubai. However, only a few of them are still in use as the majority are sinking back into the sea. Though, it seems that 70% of the 300 islands were sold before reports that the islands are sinking into the sea began hitting the news. I hope you are not one of the owners, as I would really feel sorry for you!

Despite the sinking, some of the islands are used and they look really impressive from above!

I hope you enjoy the pictures below and stay tuned for the Dubai Vlog that is coming soon!